Turkey-Russia relations significantly improved over the past year. Although both countries have been geopolitical enemies for centuries and Ankara shot down a Russian military fighter jet over Syria in late 2015, both powers currently see the need to cooperate in numerous spheres. The primary focus is the Syrian civil war, where both countries’ interests overlap. Improving bilateral economic and military relations also play an important role. However, this does not hide the fact that the two countries have different views on grander topics such as security in the Black Sea, where Russia has improved its military capabilities following the annexation of Crimea. There’s also friction over the South Caucasus region where Russia threatens vital infrastructure projects in Georgia, and in Azerbaijan where Moscow has its own agenda on Nagorno-Karabakh conflict resolution.

Enemies becoming friends. Despite the fact that Moscow and Ankara have historically been geopolitical rivals, more recently there are some common interests driving both countries to work more closely. The first arena of cooperation is the Syrian civil war. Although the two powers have different views on the future of the Syrian president Bashar al-Assad, Moscow and Ankara cooperate on controlling the territorial aspirations of Kurdish nationalists within Syria. Russia has been working closely with Iran since the beginning of the Syrian civil war in 2011, and quite naturally this must have alienated the Turkish side. However, there are hints from time to time that Russia and Iran have disagreements over the future of Syria. For instance, the Iranian formula of support for the Syrian government does not include any compromises regarding the Assad family whereas Russia has been always willing to make some concessions on diplomatic front as long as its core interests in Syria – military bases and political influence – are retained. And here too Ankara and Moscow could at times share similar views on constraining Iran’s regional ambitions. 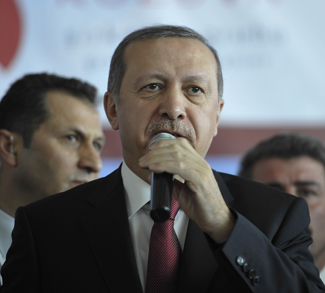