As part of president-elect Barack Obama’s plan to escalate the Afghan War, the Pentagon is planning a surge of up to 20 elite Special Forces teams into Afghanistan in counter-insurgency operations.

The as yet-to-be-announced decision to surge up to 20 elite Special-Ops teams into Afghanistan is central to the Pentagon’s long-term counter-insurgency strategy aimed at wresting the initiative from the Taliban.  The first deployment of Special-Ops forces will come from the Green Berets, followed by the Marines from the Special Operations Command, Navy Seals, and special operator units from the Air Force.

The Green Berets are an independent, multi-faceted force with expertise in training and supporting indigenous guerrilla forces.  The initial Green Berets deployment will increase American Special-Ops Forces by 30-40%.  Thus, surging in the Green Berets is a signal that American strategy in Afghanistan has now shifted to creating pro-U.S. Islamic militant groups to battle the Taliban.

Ironically, it was the American decision to create the first Islamic militant groups, the Mujahedeen, to battle the Soviet Union that culminated in the Taliban and al-Qaeda.  Also, the Lashkar-e-Taiba, the militant group suspected of carrying out the recent Mumbai terrorist attacks, was originally a CIA and ISI creation.

In fact, it is the lack of availability of conventional forces which may be behind the impetus to surge in Special-Ops forces as the availability of the latter outstrips the former due to the current commitment of almost 150,000 U.S. troops in Iraq.  The deployment of Special-Ops forces is an attempt to counter the growing and expanding Taliban insurgency using a smaller, faster force until the redeployment of U.S. troops from the Iraqi to the Afghan theatre of war commences in earnest next year.

Conventional U.S. forces are scheduled to redeploy to Afghanistan as part of President-elect Obama’s plan to escalate the Afghan War by spring.  Obama plans on doubling U.S. troop levels in Afghanistan, from approximately 32,000 to 62,000 troops by 2009, despite a rare warning from Defence Secretary Robert Gates that a larger force would be counter productive to counter-insurgency efforts.  Gates’ warning was followed by an even rarer warning from Afghan President Hamid Karzai against increased civilian casualties resulting from the planned escalation.

Finally, the escalation in conventional forces will necessitate a doubling of vulnerable supply convoys through Pakistan’s volatile NWFP and FATA regions, which will no doubt be attacked with increasing frequency by the Taliban and allied militant groups operating along the lawless Pak-Afghan border.

Accordingly, expect the newly surged Special-Ops forces to conduct covert ops on the Pakistani side of the border to counter the threat to NATO’s supply routes. 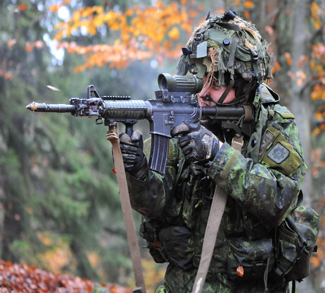 Situation Reports February 21, 2015
Back to Top