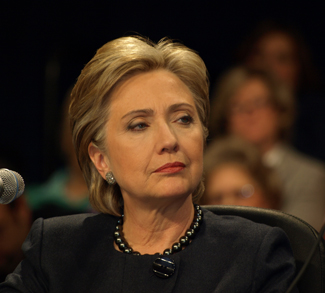 The South China Sea has become one of the defining issues of global security. At its core it is a territorial dispute involving a series of reefs and small islands peppered across the waters bordering several Asian states, notably China, Vietnam, the Philippines, Malaysia, Brunei, and Taiwan. The controversy centers on China’s claim, dubbed the ‘nine-dash line,’ which carves out a large chunk of South China Sea waters for Beijing’s sovereign patrimony. The nine-dash line ventures as far south as the Brunei coast, and it encroaches on the exclusive economic zones of Vietnam and the Philippines to the west and east respectively.

More recently, the Chinese government has started to reinforce its claim on the ground by engaging in land reclamation activities in the archipelago and building new military facilities.

Rival claimants in the region have not taken China’s actions sitting down, pursuing a variety of diplomatic strategies to bolster their own claims. Vietnam has moved closer to its former enemy of the United States (evident in the recent removal of the US ban on arm exports there), the Philippines has taken the matter to international courts, and other states like Malaysia and Brunei have tried to advance their cause in multilateral forums like ASEAN.

China’s strategy thus far has been to only negotiate on a bilateral basis, thus bringing its own disproportionate military and economic weight to bear.

Why the South China Sea? Why Now?

There are several aspects about the South China Sea that make it important to China from a policy point of view. On the surface there’s the economic element. The waters are worth billions in unrecovered oil and natural gas. The area is relatively under-surveyed, but there are thought to be anywhere between 7-11 billion barrels of oil under the disputed waters. It’s likely that China’s calculated step-down from its extreme initial negotiating position is to offer some degree of joint development of these resources with the rival claimants.

Joint development would be an acceptable cost for achieving Beijing’s real goal: sovereignty over the disputed territory.  It’s the military sphere that makes the South China Sea so important to China. Ownership of the waters effectively pushes the frontline in any conflict away from the Chinese mainland and into littoral waters. It also allows for the stationing of forward radar and missile positions that seriously complicate the ability of US carrier strike groups to operate in the surrounding areas.