The End of Made in China?

Democracies believed that China’s political moderation would follow its economic liberalization. But contrary to political leaders and CEO expectations, China joined the liberal order for its own gains, seeking to displace the business advantages of democratic nations. The Made in China 2025 plan is being implemented through transfer of technology, IPR theft, and buying up strategic assets and hi-tech companies in Europe and beyond.

Since 1979, foreign companies have opened production lines on China’s coastline. This led to unprecedented Chinese economic growth, but the growth seems to be coming to a halt. Foreign companies are increasingly facing several difficulties leading to their exit from China. The cost advantages of investing in China are decreasing due to concerns like transfer of technology, IPR thefts, quality control, financial frauds, breach of contract and management and logistics overheads.

Foreign company employees are worried about intimidation, food safety standards, and pollution levels. Governments worldwide are concerned about over dependence and disruptions of supply chains from China. Owing to a closed and opaque system, companies are unable to conduct due diligence on the quarterly and yearly financial statements of local partners. Government and local business statistics are sometimes fabricated. China is losing its low-cost labor advantage due to AI and automation. Social, cyber, and governance laws, and unfair employment practices by local partners are a high concern. Foreign journalists and their families working in China are also threatened and intimidated by the Chinese Communist Party (CCP).

Due to coercive Chinese government policies and US trade tariffs, companies like Apple, Whirlpool and Stanley Black & Decker have either scrapped offshoring plans or announced decisions to move production to the US. Automotive companies have announced $34 billion in new US investment as a result of the USMCA agreement. Companies like HP, Dell, Microsoft and Amazon are shifting their assets from China. Some of the companies that have moved to neighboring countries are Harley Davidson (Thailand), Panasonic (Malaysia), Samsung (Vietnam/India) and Foxconn (Vietnam/India).

China’s hostility is leading to rising antagonism with the democratic order. Deng Xiaoping opened China’s first consulate in Houston. Four decades later, the US ordered China to close the consulate over its alleged involvement in IPR theft and espionage.

Lack of IPR protection is a major issue while conducting business in China. According to the US Chamber of Commerce 86 percent of all counterfeit goods come from China. Compounding the practice is the rampant unlawful use of company names, trademarks and design patents.

IPR theft costs the American economy up to $600 billion a year, which is among the greatest transfers of wealth in history. Chinese companies have stolen trade secrets from multiple sectors like automobiles, aviation, chemicals, consumer electronics, software, biotech and pharmaceuticals. China has stolen data from US defense projects like the F-35, the Aegis Combat System, Patriot missile system, unmanned underwater vehicles, and thermal imaging cameras. A campaign was launched by Chinese hackers to steal IP to support the development of the C919 aircraft.

Transfer of technology is the cost of doing business in China. According to Chinese laws, foreign companies have to transfer technology to a local partner. After gaining technical expertise and product proficiency, the local partner sets up a rival company and sells the same product under a new brand and legal protection. Now the foreign company has its former partner as a competitor. While foreign companies spend billions of dollars on R&D the Chinese companies receive the technology free of cost.

The Chinese government steals technology from foreign companies operating in China. Chinese companies must follow CCP rules by fulfilling the role of state intelligence collectors. Local Internet service providers cooperate with the government to monitor emails. Many owners of local companies are members of the CCP. Conducting espionage and handing over of private data by Chinese companies to the state is enshrined in laws like Article 27 of the Cyber Security Law. New CCP regulations call for party cells to be established in all private companies. In one case, The Walt Disney Company had to accommodate 300 CCP members at its Shanghai park.

Foreign governments have uncovered sophisticated espionage campaigns targeting employees in hotels across China. According to the US intelligence community, classified information is collected from mobile devices after employees have signed into apparently private and secure wireless connections. Chinese intelligence agencies can track location and intercept communications on mobile phones. Companies have lost automotive braking and battery technology, high speed rail technology, aeronautical test data and valuable chemical and pharmaceutical formulas. Companies are increasingly concerned about the sophisticated and pervasive surveillance environment within China.

Slowing growth is fueling labor discontent in the world’s second-largest economy. In the past few years, manufacturing centers like Tianjin, Shanghai, Guangdong and Jiangsu have been experiencing an increase in the frequency and incidence of labor unrest. Large economic differences between interior and coastal provinces have helped fuel the discontent. State-led unionization and restrictions on the mobility of workers are also adversely affecting companies.

Companies are experiencing protests, strikes, and closures. Volatility in the labor market is expected as China implements automation to reduce costs. According to the China Labor Bulletin, there have been 9,570 labor strikes in China from 2015 to 2020. Conflict between the laborers and local management signals the end of an era of low-cost manufacturing and the beginning of a challenging environment for companies.

China uses its population as a weapon to deny companies market access if they don’t follow the diktats of the CCP. Companies can be banned from operating in China if their employees make a comment on social media that China sees as detrimental to its authoritarian policies. Companies must conform to government policies or else they are trolled and become targets of smear campaigns on social media.

Demonstrations against companies are sanctioned and controlled by the police depending on the requirements of the CCP. Chinese citizens damaged Japanese assets to protest against Japan’s claims on the Senkaku Islands. In a dispute with South Korea over the THAAD missile deployment, Chinese citizens joined in protests against South Korean companies. Chinese social media called for a boycott of South Korean products. South Korea’s entertainment industry was forced to cancel shows in China. The sale of popular South Korean cosmetics and beauty products was impacted. This led to a decrease in Korean investments in China.

China’s labor costs are higher than most of the ASEAN countries. China has reached critical mass as its living standards are nearly equal to that of the developed world. A majority of Chinese blue-collar workers born in the 1980s and 1990s are concerned about their salary, financial benefits, social issues, and workplace rights. Business costs are increasing as the government introduces new legislation requiring companies to boost employee compensation and HR benefits. The costs of operating a factory in the US and China are roughly equivalent while US workers are far more productive than their Chinese counterparts.

Manufacturing in China isn’t much of an advantage once land, logistics, customs duties, trade tariffs, trade wars, technology transfer, IPR thefts and employee cost are taken into consideration. Today companies are bringing their supply chains back home while Chinese companies have established manufacturing plants in international markets where their consumers reside.

The difficulty of decoupling from China has been a common topic in the media. According to some experts, the world community is deeply embedded in China’s manufacturing system. They promote globalization and the free movement of industries and goods. But ironically, their promotion of globalization contradicts their argument claiming that it’s difficult to decouple from China.

World War II destroyed much of Europe’s industrial base, leading to widespread civilian and military shortages. Dresden and Hamburg were flattened by constant allied bombings. As the war progressed, the US became the center of production, ensuring an uninterrupted supply of finished civilian goods and military weapons systems to Europe.

The war left European industrial regions in tatters. But companies were not constrained by lack of facilities and infrastructure. Industrial production re-started in post-war Europe. Today, the top five cars are made in Germany. The iconic Rolls Royce company was bought by BMW, and the only current competitor to Boeing is Airbus. In 1945, many experts would have argued that industrial production cannot be started in a war-torn and dilapidated Europe. But contemporary Europe is a technological and industrially advanced peer competitor to the US.

Globalization means that industries are not constrained by government’s coercive policies. Manufacturing in the US or Europe will not decimate companies and shareholders. Transfer of technology and IPR thefts were not a part of Germany’s and Japan’s growth. These industrial and technological giants enjoy a liberal environment, rule of law and a competitive business culture. Some experts argue that the US will not allow China to be a competitor. If this was the case, then the US would not have allowed European companies to challenge US companies. Airbus as a competitor to Boeing would not exist.

Let us consider another analogy. Some analysts discuss the economic gap between Vietnam and China. They conclude that foreign companies cannot flourish in Vietnam due to lack of infrastructure. But in the 1980s the US was an advanced economy and years ahead in terms of infrastructure when China opened up to foreign investment. China lacked the industrial facilities and trained labor as it had emerged from a violent cultural revolution and a war with Vietnam. But in 1980, experts did not argue that China was an underdeveloped economy. And in terms of infrastructure, contemporary Vietnam is much better off than China was in 1980.

According to Igor Ansoff diversification is an important strategy for companies to spread risk. This leads to increased ROI, lower financial risks, higher profits, product safety and employee security. Investing in democratic and semi democratic countries is beneficial for companies. Companies are diversifying assets to secure business environments. Emerging markets like Vietnam and horizon markets like Cambodia and Laos are the future of manufacturing. India, Japan, Taiwan, Singapore and South Korea have world-class infrastructure. The APAC region of 2021 does not reflect the dilapidated Europe of 1945.

China is regressing to a centralized cultural revolution era where the government propaganda department and hardline party factions coerced the masses to conform to the CCP ideology. China’s economic growth helped produce stability after the Tiananmen massacre. But reduced FDI will slow technological progress and lower economic growth in China. This will inevitably produce unemployment and perhaps one day a revolution.

Companies are now aware of gray rhino events. Asymmetric competition by Chinese companies, IPR thefts and transfer of technology are evident but neglected threats that have an enormous impact with severe consequences for foreign companies. Loss of trade and markets led to the collapse of ancient civilizations. The unfavorable investment climate may lead to the downfall of China as an economic power. This is not a pause but the end of Made in China. 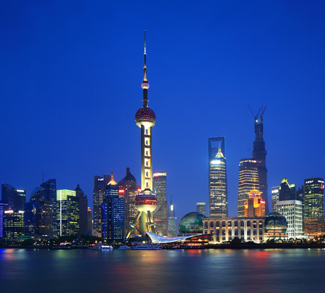 Twin Traps Imperil China’s Trajectory in the Decade Ahead