The Cough that Changed the World? 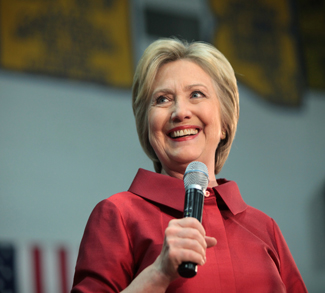 Ordinarily, the writers at Geopoliticalmonitor.com wouldn’t be fixated on the bacterial comings and goings of a presidential candidate, but this US election has been anything but ordinary.

It’s true that health had been made an election issue prior to the drama surrounding yesterday’s 9/11 commemoration ceremonies, but only by a fringe of Trump supporters who seemed to revel in each and every throat-clear and cough from the 68-year-old Clinton. Their candidate of choice is no spring chicken himself at 70, and both Clinton and Trump had been unwilling to clear the air surrounding their medical histories by releasing detailed records.

This initial non-disclosure fed the flames of conspiracy on candidate health, and now the Clinton team has poured gasoline on them.

At issue is how Clinton’s pneumonia was handled: hidden, ignored, denied, and then disclosed only after the damage was done. This early misinformation further fueled the conspiracy theorists, and the video footage of Clinton’s stumble helped make their message ring true in circles that had never even considered health to be an important matter.

Of course, this is all a game of perception, and in terms of voter perception, Clinton didn’t have many good options available to her. She gambled by trying to power through her illness, to hide it from the public, instead of disclosing it and scaling back her schedule. Ultimately, she got caught and was made to look like she has something to hide.

The Republicans have now picked their wish: health is an election issue.  Major media outlets on the right are openly questioning if Hillary Clinton will even survive, and Donald Trump is reportedly preparing a ‘very, very specific’ health report, presumably one that’s more comprehensive than the five-minute, ‘healthiest individual ever elected’ note from his personal physician. Whatever Trump comes up with now, it will compare favorably to a bed-ridden Clinton.

How exactly this all plays out in the polls remains to be seen, but it seems safe to assume that it will contribute to Trump’s modest revival of late. Trump’s path to the White House has gotten more favorable recently – even prior to Clinton’s health scare – with key battleground states like Ohio and Florida now in contention. It’s not an easy path by any means, with solidly red states like Georgia (won by every Republican candidate since 1996) and Arizona (Republican since 2000) still too close to call. A Washington Post poll conducted in the first week of September found that Clinton was even leading Trump in deep-red Texas by one percent.

The length of Clinton’s recovery period is another key question. It’s no secret that the longer she’s kept off the campaign trail, the more these negative perceptions of her health will crystallize among the electorate. And as anyone who’s had pneumonia before can probably attest: it’s not an easy thing to bounce back from in a day or two.

The stakes couldn’t be higher in terms of the United States’ position in the world. The two candidates champion divergent views on a myriad of policy points, including: the South China Sea dispute, US-Saudi relations, free trade, energy policy and climate change, and even the Cold War treaty system that has defined US foreign policy for over half a century.

The winner will get an opportunity to implement their own distinctive worldview, either perpetuating the status quo of US foreign policy or fundamentally overhauling it. If it turns out that Clinton’s pneumonia turned the tides in the race and paved the way for a Trump presidency, this will truly be a cough that changed the world. 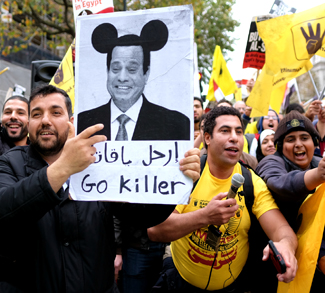