The conflict in Yemen continues to undermine the impoverished country’s economy and infrastructure, and now a humanitarian crisis is brewing. What was originally a civil war between the Houthi movement, drawn from the Zaidi Shia Muslim minority from Yemen’s northwest, and the central government of President Abdrabbuh Mansour Hadi has now become a proxy war between Iran, which backs the Houthis by supplying arms, and Saudi Arabia, which has intervened in support of President Hadi.

Yemen’s humanitarian disaster is now further compounded by an ongoing naval blockade by Saudi-led forces. The blockade is being blamed for pushing Yemen to the brink of famine, with 70 percent of the population in need of international aid. Meanwhile, jihadist groups like al-Qaeda in the Arabian Peninsula (AQAP) and so-called Islamic State (IS) have taken advantage of the chaos, seizing territory in the south and increasing their attacks throughout Yemen, particularly in the old southern capital of Aden.

Collapsing state authority. Although Yemen had been in various levels of turmoil for years, the forced departure of its long-time authoritarian leader Ali Abdullah Saleh in 2011 set off a catastrophic chain of events which led to central government authority collapsing during 2014-15. Saleh had handed the reins of power to his deputy, Hadi, whose ability to control the Yemeni armed forces was subsequently fatally compromised by Yemeni officers who remained loyal to Saleh. Corruption, unemployment, terrorism, separatism, and food insecurity also undermined the Hadi regime, which essentially collapsed in September 2014, when the Iran-backed Houthi movement entered the capital of Sanaa. The Houthis were able to expand outside their heartland due to support from disaffected Yemenis across the political spectrum, plus an unlikely alliance with their former nemesis in the deposed Saleh. 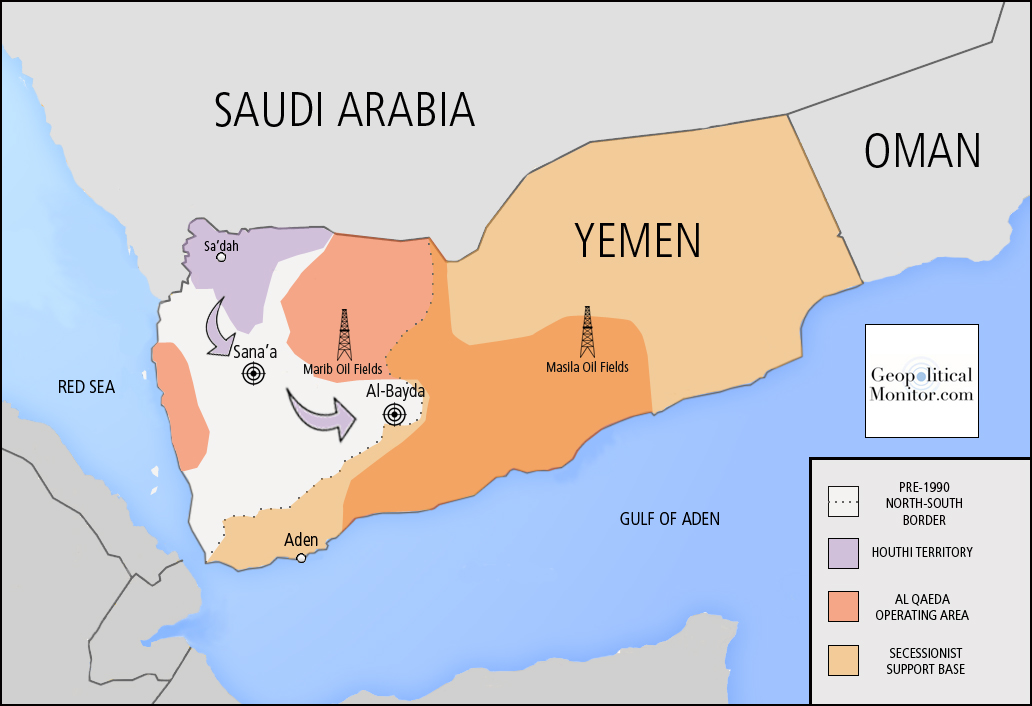