Cryptocurrencies have introduced a novel alternative to exchange commodities and services, moving away from government-backed fiat money. These virtual currencies have been a cause for concern and timely attention by several countries following their debut through Satoshi Nakomoto’s seminal work, ‘A Peer-to-Peer Electronic Cash System’ in 2008. The cryptocurrency space has evolved further complications since private players, such as the social media giant, Facebook, introduced the Libra cryptocurrency in 2019, challenging the global financial industry. While countries around the world are striving to legislate and regulate the use of cryptocurrencies, the United Nations Children’s Fund, recognizing the advantages of cryptocurrencies, has announced its highest crypto investment to fund start-ups in developing and emerging economies. These investments would considerably benefit the work being done in these countries, especially those greatly affected by COVID-19. Meanwhile, Russian President Vladimir Putin on 31 July 2020 signed the first of many laws governing the transactions of digital financial assets within Russia, making it possible to transact using digital financial assets from early next year. However, to examine the significance of this legislation, it is crucial to understand the history surrounding the rollercoaster relationship between Russian regulators and the Russian crypto industry.

Russia is no stranger to the crypto marketplace, and this is apparent from the sheer number of initial coin offering (ICO) projects that originate from Russia each year. However, even with a thriving crypto industry, Russian regulators have maintained a tumultuous association with the virtual currency landscape. Its love-hate relation with any currency other than the ruble or other state-issued currency limits the scope and future reach of cryptocurrencies, along with the expected revenue via capital gains from crypto-asset surges, year after year.

Since the early days of widespread cryptocurrency acceptance in Russia, regulators and politicians have been unwilling to accept the shift in its age-old public monetary system. Some have even viewed cryptocurrency as something akin to pyramid schemes. However, the sensibilities of Russian regulators regarding cryptocurrencies have been evolving in the recent past, into something slightly more promising. This is all thanks to Vladimir Putin and his new digital economic strategy, which promises an overhaul in the legislation on digital currencies. The latest account of the Kremlin’s outlook of cryptocurrency would favor Putin’s goal to incentivize crypto-assets while preserving control over each transaction taking place within the territory. This transit would work in tandem with Russia’s Sovereign Internet, a Duma legislation that would wall-up Russia’s internet infrastructure, routing internet traffic through their designated agent, Roscomnadzor. In pursuit of this goal of maintaining control, Russia has toughened the rules to ensure severe punishments for crypto operations deemed illegal by the State. All this reflects the seesawing nature of Russia’s crypto past, alluding to the impending turbulence.

The Duma and its New Cryptocurrency Legislation

A recent Duma decision on cryptocurrencies has reinitiated discussions regarding the legal status of cryptocurrencies in the country. The local state news agency, Regnum, on 22 July 2020, reported on the Russian legislative body’s decision to pass a bill titled ‘On Digital Financial Assets.’ The bill has provided a legal definition for digital financial currencies. According to the new digital financial assets bill, digital currencies are a set of digital sets of data that may be used as a method of payment or tool of investment, with no central party taking responsibility, except for the operators and the nodes, upending the system. Essentially, holding crypto assets would be treated as taxable property. Moreover, the digital financial assets bill, which was under consideration since its initial round of debates in 2018, fell into limbo, thereby stranding the hopes of the entire Russian crypto industry. Although the newly passed bill is perceived to be neutral, acknowledging crypto-assets as a form of property, thus legitimizing cryptocurrencies, they still cannot be accepted as a means of payment. The bill, in essence, forces the Russian crypto industry to broaden its operating procedures by authorizing the issuance of stablecoins, pegged to fiat currencies such as the U.S dollar. Apart from this, the bill appoints the Bank of Russia, Russia’s central bank, to supervise the issuance of new digital currencies in the country.

Russia’s Attempt at a State-Run Cryptocurrency

Since Putin’s announcement to adopt a crypto-loving law, Russian lawmakers have taken a few primary steps creating an infrastructure to regulate digital currencies. These have included supporting businesses concentrating on blockchain, supervising ICOs, taxation of crypto miners, among others. The most significant being the premier of a state-backed cryptocurrency, CryptoRuble. Although the details from the concerned authorities have remained vague, official data hints at the state-backed cryptocurrency being issued by the government; moreover, it cannot be mined. The Kremlin will be able to regularly track the digital ruble like they would the fiat version. Although it is blockchain-based, the level of centralization concerning the CryptoRuble cannot be understated, thereby allowing the Kremlin to reclaim control over its public monetary system. The move, although interesting, appears to be another means of retaining command over the Russian public.

Cryptocurrency Legislation Around the World

Following the emergence of cryptocurrencies, most countries have legislated on the use and misuse of digital currency. Few remain on the fence, neither recognizing crypto-assets nor denying their applicability. However, countries such as Japan and Australia have accepted cryptocurrencies as legal tender, and have appropriate legislation that would regulate their usage in the country. Meanwhile, Switzerland and a few EU member states, have accepted their legality, but with a few limitations in specific contexts. While North American countries like the U.S. and Canada view cryptocurrencies as a form of securities, the Chinese government has effectively banned the use of cryptocurrencies. Although, it is interesting to note the Chinese attempt at a sovereign digital currency which has been in the spotlight since early 2020. Russia remains in a unique position, clasped between acceptance and deniability at the same time.

Russia has been a very dynamic player in the crypto market since the inception of cryptocurrencies. However, Russia’s central bank has time and again dithered on placing cryptocurrencies on an equal footing with the public monetary system, thereby denying it integration with state-approved fiat currencies. Through this new legislation, Vladimir Putin, and other benefactors in the State Duma have initiated a policy to regulate transactions using digital currencies while collecting taxes on these crypto-assets. The Kremlin’s effort to introduce its cryptocurrency, CryptoRuble, can be assumed to be an attempt to evade the Western sanctions mounting on the country – a tactic other authoritarian countries have also attempted by creating their own cryptocurrencies, like Venezuela, or by stockpiling cryptocurrencies for black markets purchases, like North Korea. However, still at its nascent stages, the rise of cryptocurrencies has changed the way we view money and make payments for goods and services.

Russia is at a stage where the country has recognized the value of venturing into non-fiat while ensuring control over monetary policy. Although cryptocurrencies would not act as a replacement to the traditional Russian fiat-ruble, the recent legislation on digital financial assets bill could prove advantageous for the growing crypto industry in the country.

Innovation or Disruption? The Prospects for Facebook’s Libra Cryptocurrency 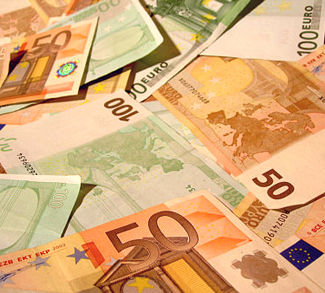