Can Russia Go It Alone in an Interconnected World? 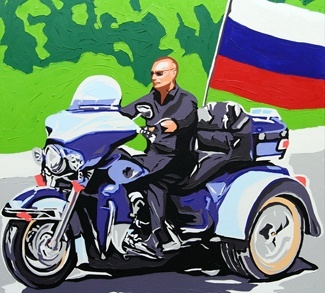 The recent standoff between Russia and the West must feel like an unwelcome blast from the past for European and US leaders, many of whom believed that major state conflict had gone the way of the VCR. It was after all a mere two years ago that former US presidential candidate Mitt Romney was getting laughed off the stage for suggesting that Russia was the United States’ biggest geopolitical foe.

But then Ukraine happened, triggering a scramble among policy planners and analysts alike as the post-9/11 asymmetric threat rulebook was set aside in favor of the old, dusty paradigms of zero-sum great power conflict.

And somewhere out there Mr. Romney is surely smiling.

Yet we should resist the urge to go overboard in these geopolitical recalibrations. There is still an important distinction between Putin’s Russia and the flawed Soviet empire it is increasingly likened to – the USSR was a closed economic system with minimal dependence on the West. The Russia of today is much more dependent on international trade and finance. So recent declarations of a new cold war must be tempered by the question of whether it’s actually possible for Russia to go it alone in today’s interconnected world.

It’s not a matter of will; there’s more than enough of that in Moscow to move the country towards economic self-sufficiency, or at the very least towards deeper integration with Asia. The $400 billion, 30-year gas deal agreed between China and Russia stands as a stark example. This deal has been decades in the making, and it was ultimately the Ukraine crisis that pushed Putin to compromise on the price of exports to China (some have declared the CNPC the clear winner on the deal, with Gazprom breaking even in a best-case scenario).

Several other deals are in the works in what some have dubbed Moscow’s ‘energy pivot’ east. In April, the Russian Duma agreed to write off nearly $10 billion worth of North Korean debt – a move expected to precede the building of a gas pipeline to South Korea – and negotiations are ongoing to build a $30 billion oil pipeline to India through China’s Xinjiang province.

These eastern additions to Russia’s export portfolio will reduce dependence on European energy markets, but they won’t eliminate it completely. Russian exports account for around 30% of Europe’s total energy supply, and around a third of Gazprom’s total sales come from Europe. But most importantly – revenues from energy sales account for about half of the government budget in Moscow.

For all the talk of the threat to Europe posed by a cut-off of Russian gas, there is an equally grim threat on the Russian side since any disruption could cripple Moscow’s already-strained state finances. This mutual dependency is the root of Russia’s willingness to negotiate a new gas deal with Kiev despite its presumed involvement in ongoing fighting in eastern Ukraine.

Building pipelines eastward will help to reduce European leverage over Russia. However, by the time the energy starts to flow (in the case of China, 2018 at the earliest), European countries will likely have further diversified their supply lines as to negate their own dependence, possibly via LNG imports from a newly flush United States.

Export diversification in the energy sector is the low-hanging fruit of Putin’s drive for self-sufficiency. It’s straightforward, easily achieved, and will unfold along a predictable schedule – all at the ‘low’ cost of a few unfavorable deals struck by governments that are well aware of Russia’s pressing need to diversify away from Europe.

A far more ambitious goal would be severing Russia’s ties to the wider, Western-dominated global financial system, and by doing so reducing the economic threat of sanctions – currently a very real one in light of the $64 billion capital flight from Russia in the first quarter of this year (already equal to the 2013 total). Again Putin has indicated a willingness to move in this direction, most recently with the establishment of a state fund to assist domestic banks and industries. The fund seeks to reduce dependence on Western imports and their concomitant drag on Russia’s current account.

Several things must happen if Russia is to successfully uncouple itself from the present international system. For one, non-Western countries will need to step in and fill the finance gap left by Western investors. In this China would need to play a major role. Chinese investment into Russia has historically been both modest and heavily concentrated in the region of Russia’s Far East; but, importantly it has never had any of the political strings that come with Western investment. This distinction was evident during last week’s St Petersburg International Forum, an event that saw several pledges of Chinese investment into Russia.

These pledges maxed out at the underwhelming sum of $2 billion. If Western investors were to turn their back on Russia for good, Moscow would need a lot more out of China than that to keep the gears of the economy greased.

The Russia-China axis will also be crucial if international institutions are to be reformed in such a way as to dislodge the United States dollar (USD) as global reserve currency. This will involve the negotiation of bilateral currency swaps in the short-term and the eventual promotion of other currencies, notably the yuan and the euro, as viable reserve alternatives to the USD. In regards to the former, Russia and China are already involved in negotiations for bilateral currency swaps to settle their trade balance. As for the yuan becoming a global reserve currency, this is largely out of Moscow’s hands and dependant on domestic reforms in China and global perceptions of the stability of the USD.

It will be a long and uncertain fight if the Putin government is to reduce Russia’s dependence on Western finance and exports, and even he is met with success on all fronts – Russia will always be somewhat vulnerable to short-term economic shocks barring a complete breakdown of the current international system.

There are two key takeaways here. For one, the Russian people are willing and able to weather the economic bumps on the road to a more multilateral finance system, especially if these bumps are framed as the price of dismantling US hegemony. It’s also worth noting that any sanction-based punishment meted out by the West in the meantime will pale in comparison to the massive shocks that followed the collapse of the USSR.

Secondly, the Ukraine crisis has injected an impetus into Russia’s desire for change, and this will bring it closer in-line with China’s ongoing efforts. Before Putin might have been hesitant to throw his lot in with Beijing and sacrifice some of his country’s Asian interests out of the belief that the West could be used as a hedge against overreliance on Asia’s fast-rising hegemon. Now such cooperation has become necessary in Putin’s eyes, and we’re already seeing a more united front on pushing for reform; such as a June 3 announcement that Russia and China intend to establish a rival rating agency to western players like Moody’s and Standard & Poor’s – agencies that Putin accused of being politicized following post-Ukraine downgrades.

We can now expect China and Russia to be in lockstep on finding ways to minimize the West’s dominance over international finance. And though it’s quite clear that Russia can’t go it alone yet – a lot can change in five years

COVID-19 in Ukraine: Religion and Geopolitics in a Pandemic