Bloomberg is reporting that Chinese regulators are considering unprecedented penalties for Didi Global Inc, a Chinese ride-sharing app that launched a $4.4 billion initial public offering on the New York Stock Exchange in June before coming under investigation by state authorities in China.

A broad range of options are being considered by the regulatory probe, which is comprised of officials from a range of state and Party departments.

A fine is a given at this point, with speculation that it could be in excess of the record $2.8 billion imposed on Alibaba following a months-long antitrust investigation. Other possibilities include the introduction of state-owned investor to consolidate Party control over the private company, or even a forced delisting of Didi’s US shares.

Whatever the outcome of the investigation, and it may not be known for months, all indications point to Didi being made into a cautionary example for Chinese tech firms listing on US exchanges. But Chinese regulators won’t have to go so far as a forced delisting of Didi’s NYSE shares in order to steer future Chinese tech IPOs away from US markets; that seems to be happening already. According to Financial Times, a slew of pending IPOs have looked to pivot away from a US-based listing in favor of Hong Kong, where a relatively lighter regulatory burden is being used as an inducement to onshore Chinese IPOs. Case-in-point is the recent disclosure that Hong Kong-based IPOs will be exempted from the Cyberspace Administration of China (CAC)-administered security reviews required of any tech company listing overseas (the reviews were recently imposed on any tech company with a user base of over one million).

On the US side, legislation passed late in 2020 has imposed a deadline for foreign companies to comply with US audits within three years or face delisting from US markets. The legislation passed with rare unanimity in both levels of Congress, reflecting a bipartisan consensus to hold Chinese companies to the same standards as US and other foreign companies. However, Chinese state authorities have told private companies not to comply citing sovereignty and security concerns.

Players on both sides of the conflict stand to lose if the decoupling goes ahead as expected. First and foremost will be the Chinese companies seeking to list, which will lose access to US individual investors (US institutional investors will still be active in the Hong Kong), and the higher enterprise valuations they entail. Second will be Wall Street banks, which will be deprived of their lucrative fees for helping to bring Chinese firms to market. Two of the largest such banks – Goldman Sachs and Morgan Stanley – brought in fee revenue of $460 million on such IPOs over the first half of the year alone. Third is individual US investors, whom will lose their chance to directly invest in the world’s second-largest economy. Yet this final point cuts both ways, as said individual investors have too often fallen victim to either blatant fraud, ala Luckin Coffee and many others, or regulatory waylays like Alibaba and the ongoing Didi saga.

The hammer will come down on Didi in the weeks ahead, but regardless of the severity of the punishment, financial decoupling in the tech sector is already taking on an apparently irreversible momentum.

Additional details of how Didi ran afoul of Chinese regulators can be found in a previous situation report.

The Slow and Steady Rise of the Chinese Yuan 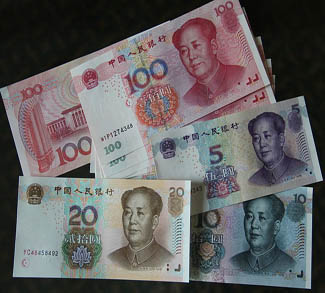 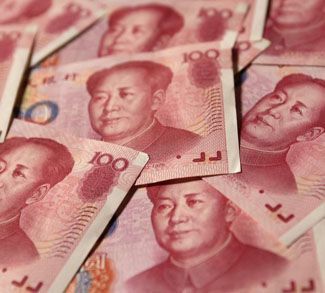