The non-binding independence referendum in Iraqi Kurdistan produced an expected result: 93% voting ‘yes,’ with a turnout of around 72%. Amidst celebrations that went well into the night in Irbil and elsewhere in the KRG, the regional government declared it now had a mandate to pursue independence negotiations with Baghdad.

That will be easier said than done.

If the regional response to the vote has surprised in any way, it’s that it came quicker, harsher, and more coordinated than many expected. Just days after the vote, Turkey, Iran, and the central government in Baghdad have already joined together to pressure Irbil to reverse its course. Farther afield, well-wishers and erstwhile allies in the West have either remained silent or voiced disappointment with the Kurdish authorities.

Friendless and under siege from all sides, will the Kurdish Regional Government hold the line?

Baghdad bans flights, bares teeth. The Iraqi central government responded to the vote with a variety of moves meant to force the KRG into dropping its push for independence. The first and arguably most damaging one is to institute a ban on all international flights in and out of the Irbil and Sulaimaniya airports. Starting Friday, only domestic flights will be allowed in and out of Iraqi Kurdistan. Regional carriers from Turkey, Egypt, and Lebanon, among others, have declared that they will comply with the government’s wishes. The airport ban will hurt the KRG economically, hurt its ability to lobby governments around the world, and hurt the ongoing war effort against Islamic State in northern Iraq and Syria, as Irbil is still home to coalition advisors and nearly 100,000 refugees. 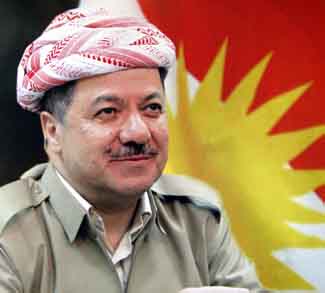 Ethiopia’s Geopolitical Ambitions Could Bring about Its Downfall