Since September 17th the grey streets of the financial district in New York have become the centre stage of lively protests objecting social and economic inequality, corporate greed and the growing influence of corporate power in US government. People from all ages, genders, races and class backgrounds have since joined to express their discontent and frustration with the status quo and with the blows they have received from the recent financial crisis.

The critics of Occupy Wall Street argue that the protestors attending have no common goals, and that the protests suffer from a lack of focus, as no official list of demands has been put forth. Since this movement began, there has been an attempt in the American media to de-legitimize the protests by calling those involved ‘hippies’ with no knowledge of how the world works. Protesting against Wall Street, corporate greed and capitalism according to these sources may be valid, but all in all useless. Without a detailed set of demands they question what Occupy Wall Street can really achieve.

Nevertheless, those protesting on Wall Street refuse to give in and release an official set of demands. While there have been participatory online discussion forums where participants can vote for agenda items, this movement seeks to use a “people’s assembly” to move forward. This participatory approach embraces all voices and rejects a hierarchal centralized decision making body.

The Arab Revolutions have replenished hope in those longing for change and more genuine forms of democracy. The Arab Revolutions and Occupy Wall Street in this sense both demonstrate the desire for community organizing and a greater voice in current democratic processes. From Tahrir Square to Wall Street, protestors have organized themselves into different task forces to ensure the different needs of those involved are met. Protestors’ food, water, waste, health and safety are prioritized by different groups, as micro-communities developed within these public spaces within a matter of days. Perhaps this is exactly the message the protestors want to put forth. While critics look for a detailed list of demands, they are blind to the different ways protestors are expressing their demands through the protests.

By demonstrating an alternative way to what our communities could look like, these protestors are showing policy makers the changes they wish to see and the role they wish to play in their communities. Within the political structures we currently inhabit, alternatives solutions have become unthinkable. Our voices have been made to resonate within the logic of a collapsing neo-liberal framework. Philosopher Slavoj Zizek visited the protests on October 9th and told the protestors “They tell you we are dreamers. The true dreamers are those who think things can go on indefinitely the way they are.”

Occupy Wall Street is demonstrating an alternative to the certain and demanding an input in the ideological models that shape our communities. And thus the critics only need to ask themselves how the current model will mend the US’ extreme income inequality, create sustainable communities and tackle the many environmental challenges ahead us to understand what the protestors hope to achieve.

NSA vs. Google: Who Gets to Spy on You 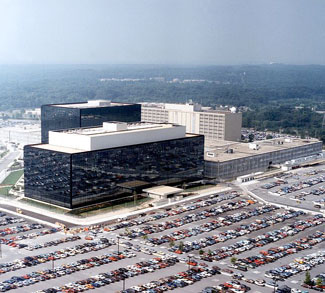