Mexico and Canada have been waging a silent battle for market share in the US crude oil refining market. Since 2006, crude oil exports from Canada and Mexico to the US’ largest refining complex in the US Gulf Coast (Petroleum Administration for Defense Districts 3 or “PADD 3” or “Gulf Coast”) have changed dramatically.

A Crude History: Canada vs. Mexico

Historically, Canada and Mexico have both brought significant oil supplies to refiners in the U.S. In 2006, Mexico and Canada were both exporting 1.7 million barrels per day of oil to the US; however, the Mexican and Canadian crude oil market share was fairly segregated – Mexico dominated the Gulf Coast and Canada dominated the US Midwest (“PADD 2”).

Canada’s flood of heavy oil exports into the US was met with climbing oil production for the US shale revolution. The flood of both light US shale oil and heavy Canadian crude oil in the U.S. restricted transportation of Canadian crude to US refining markets. Canada needed to find alternative methods from traditional pipeline transportation of oil to the U.S. and, thus, started exporting oil by rail.

Canada was exporting so much crude to the U.S. that transportation infrastructure simply could not handle the flood of oil. Subsequently, in order for Canada to push more oil into US markets ahead of US domestically produced oil, Canadian oil was priced at an increasing discount to US oil prices. This discount made Canadian oil more attractive for refiners to import into the US using relatively expensive transportation methods like truck, rail, and barge, and caused Canadian crude to replace other imported crudes in the U.S.

The US Gulf (Coast) War

Discounted Canadian oil kept flooding into the US market and had to find new heavy oil refining customers above and beyond the US Midwest. Canada increased its oil exports to the US West Coast (“PADD 5” or “West Coast”) by 114% from 2006 to 2016 and doubled its market share in PADD 5 from 9% to 18%. However, the largest change in market share came from Canada’s increased presence in the US Gulf Coast.

Mexico is now taking pro-active efforts to stem the natural declines from large offshore fields that resulted in reduced Mexican oil production and lost market share in the U.S. One such effort is the Mexican government’s constitutional reforms ending the 75-year monopoly Mexico’s state-run oil company, Petroleós Mexicanos (PEMEX), has had over Mexico’s oil & gas sector.

The government has opened its oil & gas blocks to private investment and have already conducted separate auctions for shallow offshore and onshore blocks. The next phase of auction blocks in Mexico will take place in December 2016 and will include deep water blocks in the Gulf of Mexico that Exxon (XOM), Chevron (CVX), Royal Dutch Shell (RDS.A), BP Plc (BP), Statoil (STO), and Total (TOT) are said to have registered for bidding.

Additionally, Mexico is said to be planning to export some of its crude to the West Coast in order to carve out a portion of market share in PADD 5. Saudi Arabia and Canada dominate exports to the West Coast with a cumulative market share of 46% as of 2016. Mexico has not consistently shipped crude to the West Coast since 2008 and it will likely be difficult for Mexican crude to compete with Canadian crude exports. The sustained deep discount of Canadian crude oil continues to help Canadian oil outcompete crudes with high viscosity and sulfur content identical to Mexico’s flagship Mayan crude and similar to Saudi Heavy crude.

Although expensive relative to Canadian crude, Mexican Maya shipments could compete with Saudi crude shipments to the West Coast because of Mexico’s proximity to the US West Coast.

Investing in the Canada/Mexico Oil War

These three publicly listed pure-play refiners refine a combined 3.3 million barrels per day of crude oil in the US Gulf Coast or 35% of the refining capacity in the Gulf Coast.

On the other hand, if investors believe that Canada will continue to increase its market share in refining hubs like the Gulf Coast, Midwest, and West Coast, then investors may want to take a look at companies who manage some of the top Oil Sands projects in Alberta.

Either way, Canada’s flood of oil into the U.S. is undeniable and its low-priced oil is providing enough incentive to replace expensive Mexican crude imports. If Mexico is unable to find a way to compete with Canada for the coveted Gulf Coast refining market, Canada’s flood of cheap crude is likely to create an economic wall keeping more Mexican crude from entering the US Gulf Coast.

Canada’s Oil Exports are Dead without US Shale Production 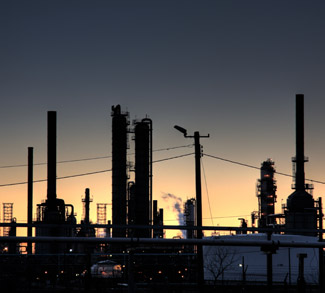