No Easy Path for Rouhani’s Reelection in Iran 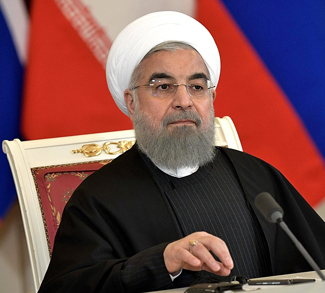 With the candidate list now closed, it appears as though President Rouhani – and the nuclear deal he championed – will face a challenge when Iranians head to the polls in presidential elections on May 19. And though President Trump has yet to follow through on his campaign pledge to ‘rip up’ the Iran nuclear deal, a conservative president in Tehran could seize the initiative and do it himself.

The election slate in Iran is now fixed and, barring any disqualifications from the religious authorities, it’s a slate of heavy-hitters. Rouhani will definitely have his work cut out for him if he wants to secure a second term in office.

One contender is Ebrahim Raisi, a conservative cleric and Khamenei ally who threw his hat into the ring near the end of the registration period. At 56 years old, Raisi is relatively young and he has previously worked as the custodian of Astan Quds Tazavi, one of the largest charities in the Muslim world. He wears a black turban, indicating he is a seyed, or descendent of the prophet Muhammed, which increases his authority in religious circles. Proof of his conservative credentials lies in the fact that some are tipping Raisi as a replacement to the ayatollah, and it seems unlikely that a rising star would be held up to lose in his first big contest. Raisi will be the favored candidate of the clerical establishment. However, though their support is a considerable advantage, it doesn’t make his victory a foregone conclusion.