Indian security officials are claiming that the only gunman captured of the 10 that attacked the city Wednesday night, killing close to 200 people and injuring scores more, has admitted to being a member of the Afghan born, Pakistani based, militant group Lashkar-e-Taiba (“Army of the Pure”).  Although the group has admitted to previous attacks in and against India, including the dramatic assault on India’s Parliament on December 13, 2001, it has denied involvement in the carnage in Mumbai.

Despite the denial, the sophistication of the attacks, the coordination, including reconnaissance and subterfuge facets of the action, and the professionalism and military precision of the 10 gunmen, has lead experts to point to Lashkar-e-Taiba as the primary suspect, with Jaish-e-Mohammed (another Pakistan based militant group) a close second.  Both groups are based in Pakistan, trained by Black-Ops elements within Pakistan’s ISI, and committed to Kashmiri independence.

In fact, most experts and officials have summarily rejected the claim of responsibility by a hitherto unknown Deccan Mujahedeen, which is either a newly formed group (perhaps a splinter), or merely a front organization intended to subvert attention away from the culprits.

Nonetheless, the Pakistani government has rejected any claims alleging involvement of Pakistan-based groups, denouncing the attacks and pledging solidarity with, and support to, India in its continuing investigation.  Yet, yesterday Pakistan reneged on its promise to send its spy chief to Mumbai to assist Indian officials in the aftermath, a clear result of the mounting tension between the two nuclear rivals that threatens to escalate into broader violence.

In response to the attack, which started with the amphibious infiltration of the 10-man assault team onto Mumbai’s beaches, via an inflatable, India’s Prime Minister Manmohan Singh has pledged greater maritime and air security vigilance to prevent further attacks.  Pakistani officials, in turn, have indicated their resolve to pull Pakistani security forces out of the violent NorthWest Frontier Province region, where the Pakistan army is battling the Taliban, al-Qaeda and allied militant groups on behalf of the United States, and move them to Pakistan’s eastern front should India strengthen its own troops on the Indo-Pak border.

If the terrorist attack on Mumbai succeeds in diverting Pakistani security forces away from the NorthWest Frontier Province, it would essentially give up the territory to the Taliban, al-Qaeda and allied groups, scoring a major victory for the latter anti-US forces along the Afghan-Pakistan border.

In the end, this may have been the attacker’s intent – a classic diversionary attack intended to relieve their own besieged positions by forcing the enemy to divert forces to a secondary front.

It is absolutely essential for the United States and its allies to prevent an escalation of armed tension along the Indo-Pak border, a movement that would escalate and widen the US-Afghan and US-Pakistan wars threatening to engulf the whole region.

Unfortunately, India’s ruling Congress Party is almost certain to respond with a strong show of force ahead of next year’s general elections in order to funnel growing nationalist and anti-Islam sentiments sweeping the country, lest the opposition Hindu nationalist parties oust Prime Minister Manmohan Singh from power.

Expect tensions to dramatically increase in very short order, perhaps even culminating in an exchange of fire across the border, most likely in the mountainous Kashmir region, before the two nuclear rivals mutually retreat from the brink of a 4th Indo-Pak War.

Opposition parties said Friday they may seek to topple Prime Minister Stephen Harper’s Conservative government and form a ruling coalition because it isn’t doing enough to rescue Canada from the impact of the global economic crisis.

The U.S. government is prepared to provide more than $7.7 trillion on behalf of American taxpayers after guaranteeing $306 billion of Citigroup Inc. debt Sunday. The pledges, amounting to half the value of everything produced in the nation last year, are intended to rescue the financial system after the credit markets seized up 15 months ago.

The authorities may lawfully conduct searches and electronic surveillance against United States citizens in foreign countries without a warrant, a federal appeals court panel said on Monday, bolstering the government’s power to investigate terrorism by ruling that a key constitutional protection afforded to Americans does not apply overseas.

The United States on Thursday hailed the Iraqi parliament’s approval of a landmark accord for US troops to leave the country in three years, but a referendum on the deal next year could complicate withdrawal plans for the next US president.

Senior military leaders took the exceptional step of briefing President Bush this week on a severe and widespread electronic attack on Defense Department computers that may have originated in Russia — an incursion that posed unusual concern among commanders and raised potential implications for national security.

Russian President Dmitry Medvedev arrived in Cuba Thursday to revive ties with the former Soviet Union’s Cold War ally, on the last leg of a tour to boost Russia’s reach in Latin America.

Russian warships arrived in Venezuela on Tuesday for joint maneuvers with the Venezuelan Navy, an activity not seen in the region since the Cold War.

The government said Friday it was too early to tell if Britons of Pakistani origin could be among the gunmen in the Mumbai attacks, but acknowledged it was “intensively” probing who was behind the plot.

Georgia has launched a criminal investigation on terrorism charges over shots allegedly fired by Russian forces at the Polish and Georgian presidents’ motorcade, the Interior Ministry said on Tuesday.

The head of Russian natural gas monopoly Gazprom has hit back at Ukrainian politicians’ claims that Moscow uses gas exports as a political weapon, saying the company meets all its commitments.

Russia has evidence that citizens from NATO member states including the United States and Turkey fought for Georgia in the five-day August war, Russia’s top investigator said on Monday.

Russian President Dmitry Medvedev will arrive in Venezuela on Wednesday for talks with U.S. critic President Hugo Chavez, designed to boost cooperation in the energy and military spheres.

Russia’s military said on Friday it had intensified efforts to develop new ballistic missiles in response to U.S. plans to deploy an anti-missile system in Europe and Russia’s navy test fired a new generation rocket.

Iraq plans to hold a July referendum on a controversial military pact allowing US troops to remain for another three years that parliament is expected to adopt on Thursday in a delayed vote.

Israeli Prime Minister Ehud Olmert said Thursday that he did not plan to suspend himself despite possible indictment.

A bid by Syria for aid in planning a nuclear power plant poses no proliferation risk and a Western move to block the project could discredit the U.N. nuclear watchdog, its chief said in remarks released on Tuesday.

Thailand’s parliament has been forced to postpone a joint session after thousands of protesters surrounded the building and vowed a “final battle” to overthrow the government.

At least two people have been injured in a grenade explosion at Bangkok’s international airport as anti-government protesters continued to occupy the airport after storming it on Tuesday night.

Protesters laying siege to Bangkok’s two airports braced for a battle with security forces on Friday after Thailand’s prime minister declared a state of emergency to end a blockade threatening to cripple the economy.

PRIVATE intelligence company has been engaged by police to secretly monitor internet and email use by activist and protest groups, a report says. 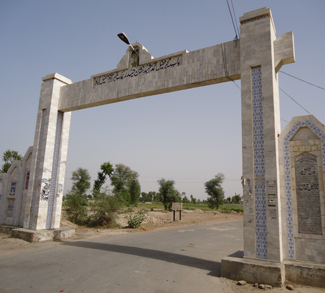 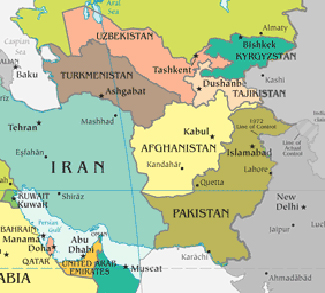