When General Khalifa Haftar boarded the Russian aircraft carrier Admiral Kuznetsov in January 2017, President Putin was signaling that the Libyan general had a powerful friend; but, Vladimir Putin is not General Haftar’s first important friend. Once he was one of Muammar Gaddafi’s favorites and was given the honor in 1986 of leading the invasion into neighboring Chad. The venture failed and Gaddafi denounced Haftar as a rogue and abandoned him. The general would have remained a prisoner in Chad if the CIA hadn’t rescued him and moved him to the United States to organize the National Front for the Salvation of Libya in preparation for deposing the Libyan dictator.

Haftar languished in a state of comfortable limbo for the next 24 years, and even acquired US citizenship. Not until Qatar, France, and the UK found themselves involved in a war in 2011 that they were ill-equipped to fight did they invite Barak Obama to join them; and the general was returned to a country that scarcely remembered him.

As soon as Gaddafi was overthrown, the general was abandoned by his American benefactors while Libya fell into a state of chaos. Gone was the stability that Gaddafi had imposed. Since his fall, disorder has spread throughout the region and has resulted in the death of thousands of people who the former advocates of the UN policy of Responsibility to Protect are no longer interested in protecting.

Egypt, Algeria, and Tunisia are particularly concerned that Islamic State and Al-Qaeda-aligned movements will radicalize people across their borders. Lacking any other option, they have turned to Russia, and Russia has turned to its only current choice: General Haftar.

The once orphaned general has gathered an impressive collection of supporters. Saudi Arabia, the United Arab Demerits, Israel, France, Egypt, Algeria, Tunisia, the United Kingdom, and of course, Russia are involved in one way or another. US Special Forces have been reportedly operating in various locations independently from Haftar’s National Libyan Army. According to a June article in the Intercept, the U.S. has conducted more than 550 airstrikes against the Islamic State and Al-Qaeda across Libya since 2011.

On the other side, Haftar is facing the Turkey and Qatar-supported rival Muslim Brotherhood movement and the United Nations-established National Unity government in Tripoli, which has few supporters inside of Libya. There are also Al-Qaeda and Islamic State-aligned paramilitaries, as well as a large number of local militias.

What Haftar concluded is that controlling Benghazi is the key to controlling all of Libya. It was there that the general started his Operation Dignity after his appearance on television in February 2014. His pledge to bring order to the country aroused widespread mockery, but the disbelievers have since changed their tune. The Tobruk Parliament that administers Eastern Libya named him in March 2015 the commander in chief of the National Libyan Army.

He is pledging to destroy the Salafist groups that includes the Muslim Brotherhood February 17th Martyrs Brigade. The brigade is financed by the Emir of Qatar. The brigade, along with French Special Forces, was instrumental in pulling down the Gaddafi administration, but it failed to replace the former regime with a Muslim Brotherhood government.

Following more than four years of stiff opposition, Haftar has established control over much of Eastern Libya. By July 2017, he was ready to move on toward Tripoli to confront the Fayez Al-Sarraj UN Government of National Accord (GNA) but lacked the military resources. His appeals to the Russians to provide much-needed weapons went unanswered. Algeria, which receives approximately 90% of its arms from Russia, is managing to slip essential materials across the frontier. The UAE is using American aircraft unlawfully without protest from Washington, and is financing Egyptian air operations to support Haftar’s campaign against the Brotherhood and other Salafists. Russian contract advisors are reported to be operating out of military bases near Benghazi. None of this assistance has been enough to enable the LNA to seize Tripoli.

Lacking the necessary forces to confront his primary enemy in 2017, the only other course open to Haftar was to talk to his rival. They met for the first time in May in Abu Dhabi with no results. A second meeting hosted by France in Paris in July did produce a ceasefire and the raising of Haftar’s international standing. The Russians took the relationship further by having the Tobruk Parliament and the Tripoli government establish offices in Moscow, where Putin is seeking to mediate an arrangement between Tobruk and Tripoli.

The matter became more confused earlier this year when a stay in a Paris hospital by the seventy-five-year-old general prompted stories that he had suffered from a debilitating stroke or had terminal cancer. His return on April 28 reaffirmed his command of the Libyan National Army which has since begun to advance toward Tripoli. At the end of June 2018, the NLA seized control of the Oil Crescent, but his victory cost Haftar the support of most of his foreign supporters. He had to return the oil facilities on July 10 to the National Oil Company, which is the internationally recognized authority that manages the sale of oil. In order to preserve his stature as a powerful figure, he demanded and received the replacement of Libyan Central Bank Governor Sadiq al-Kabir by Mohamed al-Shukri.  Another demand for an internationally managed audit of the revenue and distribution of funds was also agreed to.

The involvement of France and Italy into the chaotic mix is adding to the likelihood that no solution will be found in the near future. France supports Haftar, who has the strongest military force in Libya. Italy supports the Fayez Seraj United Nations GNA in Tripoli. France is concerned with preventing the spread of radicalism into its former colonial territories, while Italy is seeking to assure the continued flow of natural gas and oil from the Tripoli-based National Oil Company.

As the war in Syria winds down, Putin is turning his attention to Libya, where Russia was driven out in 2011. The Russians lost tens of billions in contracts and investments as well as four billion in military equipment orders. Putting Haftar or someone else friendly to Moscow in control of the entire country would give Russian companies access to large oil and gas reserves, a strategic position in the Mediterranean, and a customer for arms sales. Haftar could expect the Chinese to return as well to reclaim their lost twenty billion dollars of investments.

The Russians are not in a hurry. There is no rival force able to crush Haftar and any election will be scarcely more than a bloody charade. By waiting, the Russians have enabled the extremist religious movement to gain influence inside the regime. Three quarters of the General’s forces behave like organized thugs. Mahmoud al-Werfalli, who commands a group allied with Haftar, is the subject of an International Criminal Court warrant for the murder of thirty-three prisoners. An extremist form of Islam is being imposed over areas secured by Haftar’s forces. He is replacing regional officials with military officers in what is looking increasingly like the establishment of a new dictatorship with a powerful religious ideology.

A more extreme version of Gaddafi is back, and seven years of destruction and chaos is encouraging the Libyan people to welcome it. 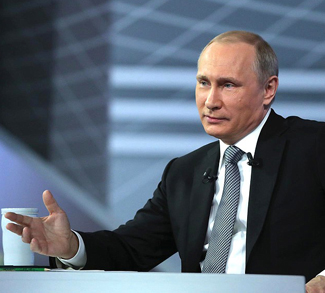 Turkey’s Libya Gambit Will Not Go Unanswered by Egypt