What a Joe Biden Win Means for the Abraham Accords

The UAE-Bahrain bloc has angered a large number of ordinary Arabs across the world, triggering protests in Palestine and several other countries. The two states, joined by Sudan which also announced its intention to normalize relations with Israel, attempted to sidestep any accusations of trying to negotiate for the Palestinians. Instead, their focus was said to be strictly on bilateral issues such as aviation, economic and trade relations, investment (known as the Abraham Fund), and taxation with Israel.

This year, the Trump administration played its role with exceptional skill. Trump stated that at least five countries want to join the normalization agreements with Israel. Although Trump did not mention these countries by name, there is some speculation that they may include Mauritania, Oman, and Saudi Arabia.

Yet these prospects will now depend on Joe Biden’s foreign policy.

Will Joe Biden swing back to Obama-era US policy in the Middle East?

Biden also has signaled that, if he wins, his administration would reassess US relations with Iran. He plans to re-enter the Iran nuclear deal and remove unilateral sanctions imposed by the Trump administration. This would obviously resonate in US relations with Israel, as détente with Iran is the total opposite of Netanyahu’s view that a preventive strike on Iranian nuclear sites is the best of bad options. For his part, Biden has been a strong supporter of Israel throughout his political career, but he has also promised to place “constant pressure” on Israel to resolve its conflicts. He has also come out against Israeli government plans to annex the West Bank, arguing such a move would “choke off any hope for peace.”

The Abraham Accords are potentially more significant than existing Israeli peace agreements with Egypt and Jordan. The agreements hold out the promise for reduced military tensions in the region, despite their leaving the Palestinian issue unresolved. They also have the potential to produce a much-needed boost in economic growth.

The seventh paragraph of the peace treaty signed by Israel and the United Arab Emirates further to the Abraham Accords states the following: “the Parties stand ready to join with the United States to develop and launch a ‘Strategic Agenda for the Middle East’ in order to expand regional diplomatic, trade, stability and other cooperation.”

In an oblique way, Biden has praised Trump for the Israel-UAE deal. His campaign states that Biden will “urge Arab states to move beyond quiet talks and take bolder steps toward normalization with Israel.” A Biden foreign policy adviser told The Times of Israel that Saudi Arabia in particular, might be more inclined to agree to normalize relations with Israel during a Biden presidency in order to improve its standing with the Democratic Party.

The warm Arab-Israeli relationships born of the Abraham Accords could ultimately benefit the Palestinian cause, but the Palestinians will need to engage as well. The Biden administration can also be expected to reverse its predecessor’s destructive cutoff of diplomatic ties with the Palestinian Authority. Engaged one more with both sides of the divide, Biden will be well-placed to support wider peacebuilding efforts in the region. 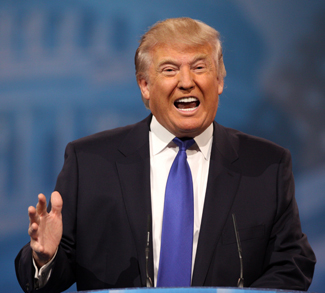