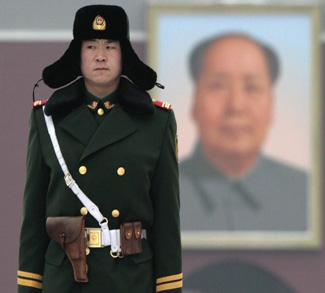 It seems that the days of a Chinese foreign policy based on not ‘rocking the boat’ are over. Over the next few years, expect Beijing to increasingly assert itself as a global power.

There are already several signs that the Chinese government has shifted gears towards a more proactive foreign policy in the Asia Pacific region. Beijing’s response to the sinking of the Cheonan is one such example.  In the history of post-Deng China, the Chinese leadership has generally sought to avoid isolation on any major international issue. However, the wake of the Cheonan incident cast China as sole protector of its ideological ally in North Korea. In effect, the Chinese leadership was willing to swim against the torrent of international outrage and brave isolation in order to pursue its own interests.

That a country pursues its own interests is not remarkable, but the definition of those interests certainly is.  Beijing’s former fear of international isolation was born out of a desire to expand its economic and military power without triggering an arms race or a containment policy from Washington. A shift towards a more assertive foreign policy and a general willingness to be on the wrong side of an international consensus means that China no longer fears military conflict or an American containment policy. Thus, we can expect to see a confident Chinese foreign policy based on establishing itself as the preeminent player in East Asia.

The South China Sea will be the first test for this newly assertive Chinese foreign policy.  Beijing submitted a claim to the UN last year that would delineate almost the entire South China Sea as Chinese territory. Last week, the government declared the sea to be one of its national ‘core interests’- putting it on the same level as Tibet, Taiwan, and Xinjiang. The aggressive assertion of Chinese sovereignty over the area has angered several of China’s neighbors, most of which have their own territorial claims in the South China Sea.

As Chinese foreign policy becomes more assertive, China’s neighbors will start to feel more and more anxious about their own sovereignty and security situation. This dynamic will have two important side effects. First, it’s likely that an assertive China will trigger an arms race in Asia; that is, if one hasn’t started already. Second, it’s safe to assume that neighboring countries will seek to balance against being dominated by China through shoring up relations with Washington and Russia. This can already be seen in warming ties between the United States and Vietnam and the growing clamor to include the United States and Russia in some kind of ASEAN framework.

The security landscape in East Asia is shifting to incorporate a rising China. What remains to be seen is what role the United States will have in the region, and whether the two countries will be able to ‘play nice’ in what is effectively China’s backyard.

US banking giant JPMorgan Chase on Thursday announced a net profit of 4.8 billion dollars in the second quarter, up nearly 80 percent from the same period last year.

BP says it has temporarily stopped oil flowing into the Gulf of Mexico from its leaking well.

BP has started a key test on its leaking Gulf of Mexico well to see if the flow of oil can be shut off.

The US insists that an Iranian nuclear scientist who has turned up in the country is there voluntarily and is free to leave.

Energy giant BP has installed a new cap atop a ruptured deep-sea oil well in the Gulf of Mexico, which it is hoped will stop the flow of oil after almost three months.

A US Congressional committee has agreed measures that would ban BP from new offshore drilling for seven years.

France’s lower house of parliament has overwhelmingly approved a bill that would ban wearing the Islamic full veil in public.

Greece’s fiscal consolidation program is on track and should allow the country to obtain a second tranche of international aid in September, euro zone finance ministers said on Monday.

The US military is to hand over control of its last remaining detention centre in Iraq, as it increases the pace of its withdrawal from the country.

An Iranian nuclear scientist who claims he was abducted by CIA agents last year and taken to the United States has arrived back in Iran.

The Israeli military says it has begun efforts to try to stop a Libyan aid ship from reaching Gaza.

An Israeli Navy cutter has blocked the route of the Al-Amal vessel carrying humanitarian aid from Libya to Gaza, a statement from the Gaddafi International Charity and Development Foundation (GICDF) said on Tuesday.

NATO is failing to win hearts and minds in Afghanistan, according to a poll released on Friday showing most people in Taliban heartlands view foreign troops negatively and believe the Taliban should join the government.

Afghan President Hamid Karzai plans to seek the removal of up to 50 former Taliban officials from a U.N. terrorism blacklist — more than a quarter of those on the list — in a gesture intended to advance political reconciliation talks with insurgents, according to a senior Afghan official.

Three British soldiers have been killed and four injured by a renegade Afghan soldier in Afghanistan, the Ministry of Defence said.

The pace of growth in the world’s third-largest economy slowed in the second quarter, official figures show.

North Korean officials have begun a rare meeting with members of the American-led United Nations Command.

North Korea abruptly called off talks set for Tuesday with the U.S.-led United Nations Command that oversees the Korean War truce, failing to show up for the first meeting to discuss the sinking of a South Korean warship.

The Sudanese government and the United Nations are “alarmingly” unprepared for a scheduled January 2011 referendum on south Sudan’s independence, according to a new report from a coalition of NGOs.

Senkaku: The dawn of a new era of tensions in East Asia