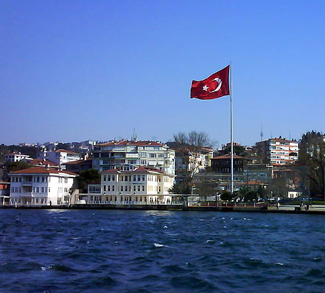 Back in 2001, Goldman Sachs analyst Jim O’Neill put his permanent stamp on the English language by grouping the four emerging economies of Brazil, Russia, India, and China into one handy acronym- ‘BRIC.’ Ten years later, with economic signs abound that growth within the BRIC countries was about to come down to earth, Jim went back to the drawing board to recapture some of his old magic. The result: MIST countries, the newest emerging market club that boasts a membership of Mexico, Indonesia, South Korea, and Turkey.

With the clarity of hindsight, we can now say that the BRIC countries label has been significant. What began as a purely theoretical construct meant to move investment products ended up as a self-fulfilling prophecy after the BRIC countries seized upon the label and the global importance that it implied.

But will the same eventually be said of the MIST countries? At this point it’s anyone’s guess, particularly since the cultural and political disparity that exists between the MIST countries makes the BRIC countries look like a cohesive bloc.

The MIST countries undoubtedly share a great deal of economic potential however, and this backgrounder will explain why.

Mexico has a strong demographic foundation for future economic growth; something it shares with many of the other MIST countries. With a population of over 112 million, Mexico has a sizable pool of labor to draw on, and critically, this labor pool is overwhelmingly young. Currently, there are nine children for every elderly person in Mexico. And unlike most of the developed world, Mexico’s population is still growing. It reported a population growth rate of over one percent last year.

Mexico is also uniquely placed to pick up the slack in global manufacturing as wages in China rise and reduce its competitiveness in the field of low value-added production. The average manufacturing wage in China surpassed that of Mexico earlier this year, and Mexico also benefits from reduced shipping costs to the critical US market owing to its geographic position and NATO membership. These manufacturing advantages have translated into Mexico claiming an ever-larger slice of the US overall imports pie- Mexican imports amounted to 12% of US total imports last year, up from 10% in 2009.

This doesn’t mean that Mexico has supplanted China as the motor of the global economy. China, of course, still has its own sizable economic advantages. Rather, the numbers indicate that Mexico is well-situated to eat into China’s dominance of global low-cost manufacturing; a transition that China itself is encouraging in order to boost domestic wages and consumption.

The roadblocks threatening to keep Mexico from realizing the economic potential implied by the MIST countries label are well-documented: a raging drug war and persistent corruption.

Backgrounders September 3, 2020
Back to Top