Turkey in the MIST 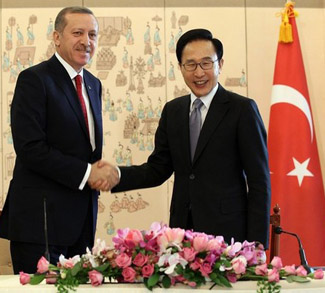 Ten years after coining the famous ‘BRIC’ acronym, Jim O’Neil has done it again. This time it’s the MIST countries: Mexico, Indonesia, South Korea, and Turkey.  And with its robust balance sheet of economic fundamentals, it should come as no surprise that Turkey has officially been penned into the next round of global economic debutantes.

Turkey’s position as one of the world’s next big emerging economies has become unassailable in the past fifteen years. Unlike the aging populations that characterize other economic powers in the region, Turkey enjoys a demographic distribution that is extremely favorable to growth, and it will soon be benefitting from the ‘demographic dividend’ of a young population in much of the same way that countries like China and Brazil are at present. And Turkey’s population is not just young; at around 72 million it represents a sizable domestic market in itself.

Another critical difference between Turkey and other regional powers is its relatively small debt-to-GDP ratio, currently hovering at around 40 percent. All of these factors combined to generate a record $22 billion in foreign direct investment (FDI) in the lead up to the 2008 global financial crisis. This impressive level of FDI was no anomaly: Turkey has the metrics of an economic power in waiting.

But will membership in a MIST grouping have any real influence on Turkey’s geopolitical outlook? The answer depends on several variables, and first and foremost there’s the question of MIST itself. Currently, MIST is just a figment of our collective imaginations, lacking even the most preliminary institutional foundations that the BRIC countries have.

Yet this relative immaturity makes the MIST countries grouping more pliable, and this may end up playing to Turkey’s advantage. If Istanbul finds itself spurned in its entry into the EU, it will have to look elsewhere for economic partners, and it is here that MIST could end up playing an important role. Much like the BRIC countries built up their brand as a way to promote a multipolar international system, in style if not substance, MIST countries could use this brand to promote their own economic importance to private investors and drive real economic integration in their corresponding regions.

Regardless of what might happen, governments across Mexico City, Istanbul, Seoul, and Jakarta are all interpreting the somewhat arbitrary birth of MIST as an outright blessing, if only because it helps build economic confidence via its indirect association with the BRIC countries.

After all, economic branding is about the best that MIST countries can hope for with a membership spread across three continents, say nothing of the burning question of whether South Korea should even be considered as an emerging market at all (the OECD disagrees).

Moreover, observers should think twice before predicting MIST to follow a similar track as the BRIC countries. The latter group derived much of its importance from a political message, not an economic one. And while there is no substantive economic or political integration occurring between the BRIC countries, the acronym gained traction because it came to symbolize the end of the post-Cold War ‘unipolar moment’ of the United States.

Thus, Turkey’s membership in MIST is a powerful symbol, though it’s one of a safe economic investment in a stable middle power for the private investor and not the next big alliance in international society.

How London’s Housing Bubble Will Pop 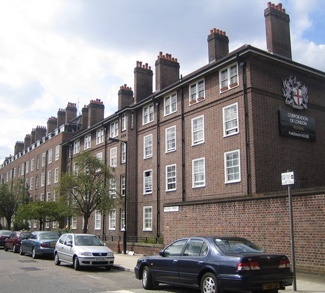