Situation Reports - May 10, 2018
By Alessandro Gagaridis

Argentina is one of the most important countries in South America, with a population of 44 million people and a GDP of 911 billion USD in terms of purchasing power parity. Also rich in natural resources and home to a prosperous export-oriented agricultural sector, Argentina has the groundwork to be one of the richest and most influential countries in the continent. However, longstanding issues of poor economic governance and financial instability continue to compromise Argentina’s position. Last week, its central bank raised interest rates several times in an attempt to stem the rapid depreciation of the peso, raising concerns among investors. And now the executive branch is openly seeking aid from the IMF.

On the positive side, Argentina’s energy and mineral resources have the potential to transform its economic outlook. These sectors can attract considerable FDI from great powers whose economies require these precious raw materials. But this too can be a double-edged sword, as such investment quite often translates into geopolitical leverage down the road. 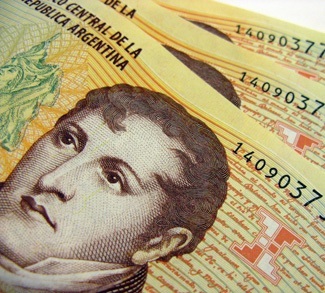 Will the IMF Rescue Macri’s ‘Gradual Austerity’ in Argentina?