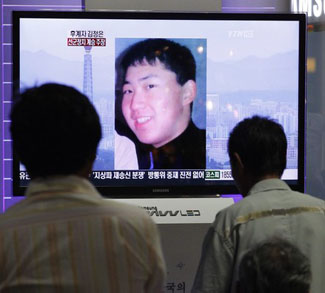 A meeting of North Korea’s ruling party has all but confirmed what many analysts have known for a while: that 27 year-old Kim Jong-un is being groomed to succeed Kim Jong-il.

Kim Jong-un has been elevated to four-star general in a clear sign of his intended succession. With rumors swirling over Kim Jong-il’s health, succession has lingered as a critical question for the newly-nuclear ‘hermit state.’

If reports on Kim Jong-il’s failing health are true, Kim Jong-un will have a far shorter grace period to establish himself as the legitimate ruler of North Korea than his father before him.

The situation in North Korea is very tenuous. Food shortages and disastrous economic missteps have rendered the masses a powder keg waiting to ignite. If Kim Jong-un decides to continue his father’s policy of ‘juche’ or self-reliance, a power struggle could ensue which would plunge the country into chaos.

Hazel Smith, a British academic who spent two years living in North Korea, points out that Kim Jong-un still needs to be promoted to the National Defense Commission if he is to solidify himself for succession. In her opinion, the succession is “not by any means a done deal” because the real power lies with the military.

According to Robert Collins, a retired advisor to the US-South Korean military command in Seoul, we should expect “more policy implementation failures and subsequent reversals that should set off huge warning bells at every intelligence agency.”

An article by Bradley K. Martin at the Global Post points out that the process of elevating Kim Jong-un could be another elaborate ruse by his father meant to confuse outside observers.