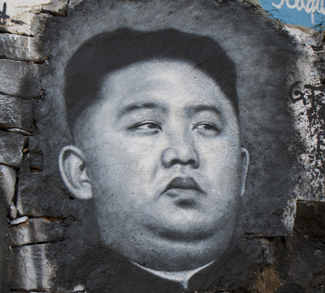 North Korea’s announcement that it’s working on plans to strike Guam with medium-range missiles exploded across the headlines of major news outlets yesterday. Going on rhetoric alone, it would seem that the United States and North Korea are getting ever-closer to outright conflict. Yet Kim Jong-un’s bombastic chest-thumping is anything but new. Just one year ago, the DPRK was releasing its plans to strike the White House, complete with a 3d animation of Kim Jong-un’s fantasy playing out in full low-tech glory.

What is new here is a US president elevating his own rhetoric to Kim’s level. In promising “fire and fury like the world has never seen,” essentially invoking the imagery of a nuclear strike, President Trump is simply leaning into the role ascribed to the United States in North Korea’s propaganda.

A propaganda win for the Kim regime. At this point in the game, the Kim regime doesn’t scare easily. The Hermit Kingdom’s major economic pressure points are beyond Washington’s control, and military threats are ringing hollower without buy-in from the political establishment in South Korea.

Thus, the ‘fire and fury’ line is unlikely to really scare anyone in Pyongyang. On the contrary, it fits the regime’s existential narrative like a glove.