The Sinking of the Cheonan 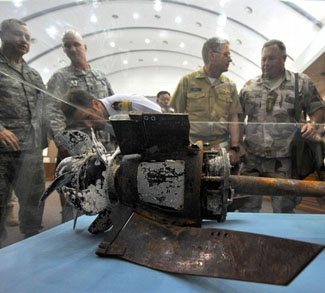 Now that DPRK involvement in the sinking of the Cheonan is beyond the shadow of a doubt, the crisis has entered a new phase in which one misstep can trigger military conflict.

The punitive measures enacted by ROK President Lee Myung-bak last week contained no real surprises. His halt to inter-Korean trade and resumption of psychological warfare represent two obvious choices, because they go as far as possible without broaching the potentially explosive avenue of military reprisals. Expect the ROK government and its’ American ally to continue applying all possible pressure on the North short of a military response. Of course, this dynamic could change in the event of another attack on ROK military assets. President Lee has made it quite clear that the ROK will respond in kind if met with another military provocation.

The conventional deconstruction of this crisis follows something like this:  The DPRK, frustrated at the lack of any response to its’ dovish overtures regarding six-party talks, has manufactured a military crisis to remind all of the major international players that its’ powerful military and nascent nuclear program cannot be ignored.  Generally speaking, the ROK can be expected to respond with a package of harsh punitive measures, thus catering to the demands of its own domestic political situation. These measures will eventually be diluted or dismantled as widespread rage gives way to the practical considerations of maintaining a workable accommodation with the ROK’s unstable and unpredictable neighbor to the north. China’s involvement mirrors the increasingly-worn out Cold War narrative insofar that it will automatically side with the North due to a combination of historical and ideological factors, as well as the geopolitical contingencies of needing a geographic barrier between China proper and US troops stationed in the ROK.

But this time the situation is different.

The DPRK government is still experiencing a long and opaque process of leadership succession. The machinations of these competing power blocs remain a mystery to not only most of the DPRK bureaucracy, but also the swarms of analysts who are desperately squinting to catch a glimpse of what’s really going on inside the Hermit Kingdom. In such a situation, it’s difficult to know for sure whether the torpedoing of the Cheonan was ordered from the top or the result of a military power play to shore up revolutionary legitimacy in the lead-up to succession. Such a move would be brilliantly calculated insofar that it would be difficult to punish the guilty parties as they would be donning the shield of revolutionary dogma.

Perhaps this is the reason behind China’s hesitance to attach itself to the growing international consensus against the DPRK. While outside observers can so often over-estimate the amount of sway that Beijing actually enjoys in Pyongyang, it’s far safer to assume that the Chinese government is better versed than most in the internal power dynamics of the Workers Party of Korea. In other words, it’s quite possible that Beijing has a greater appreciation for the dangers involved in backing the DPRK into a corner at this moment in time

The mysterious and unresolved process of DPRK leadership succession makes the Cheonan crisis one that cannot be approached with a conventional Cold War mentality. In the absence of stable politics and the rule of law, inter-personal power blocs and revolutionary legitimacy become the lingua franca of succession power struggles. While we don’t know the exact fault lines of these power blocs, we do know what kind of foreign policy a dogmatic DPRK government can produce. This is exactly why the Cheonan crisis is so potentially explosive.

An experimental attempt to stop an oil leak in the Gulf of Mexico experienced some limited success over the weekend, BP announced Sunday afternoon.

Oil spilling out of a ruptured pipeline in the Gulf of Mexico may reach the southern Florida coastline, a top coast guard official has told the US Senate.

The recent introduction of US$2 combo meals from fast-food favourite Taco Bell and news of further price cuts at discount king Wal-Mart Stores Inc. should have served as a wake-up call that the deflation threat was back.

Greek Prime Minister George Papandreou says he is considering taking legal action against US investment banks for their alleged role in the snowballing Greek debt crisis.

A bomb has exploded outside a maximum security prison near the Greek capital, Athens, police say.

France has denied it made a secret pact with Iran to secure the release of a French lecturer charged with spying after last June’s disputed election.

German Chancellor Angela Merkel has stepped up calls for tougher regulation of banks and financial markets.

The head of Iran’s atomic energy organisation has said newly-proposed sanctions on Iran will backfire.

Iran could cancel its agreement with Turkey and Brazil to transfer some of its uranium abroad if the U.N. Security Council approves a new round of sanctions against it, a member of parliament said on Thursday.

Israeli forces have shot dead two Palestinian gunmen who had entered Israel from the Gaza Strip, the Israeli military said.

One year after Sri Lanka’s army wiped out the Tamil Tigers, there are no signs of the rebel group’s revival at home, but concerns remain about extremist fund-raisers abroad.

Thai protesters defied warnings to disperse on Monday as troops tightened a security cordon, putting the army on a collision course with thousands of demonstrators who say they are willing to fight to the death.

Thailand’s authorities have put the capital Bangkok under curfew after red-shirt protest leaders surrendered as troops stormed their barricades.

Thai PM Abhisit Vejjajiva says order has been restored to the capital, Bangkok, and throughout the country.

Suspected Afghan Taliban militants have attacked one of the largest and most-heavily fortified US bases in Afghanistan.

South Korea has found “decisive evidence” that a North Korean torpedo sank one of its warships after analysing chemical traces found on the wreckage, a media report said Tuesday.

South Korea is talking tough a day after it revealed what it views as irrefutable evidence North Korea sank one of its navy ships. North Korea has threatened war over any retaliation, and says it wants to send a team to inspect the evidence.

North Korea is facing international condemnation after investigators blamed it for the sinking of a South Korean warship in March.

Kazufumi Ota admits he was skeptical when Japan’s then-opposition Democratic Party leader promised last year to try to move a U.S. airbase off his home island of Okinawa, host to half the U.S. forces in the country.

A by-election is under way in Hong Kong aimed at putting pressure on China to speed up the move to full democracy.

Al-Shabab fighters have attacked the offices of a relief agency in southern Somalia and ordered the NGO to cease operations in the area.

Salva Kiir, the leader of south Sudan’s former rebel group the SPLM, has been sworn in as the first elected president of the semi-autonomous southern region. 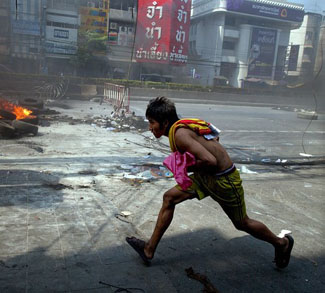 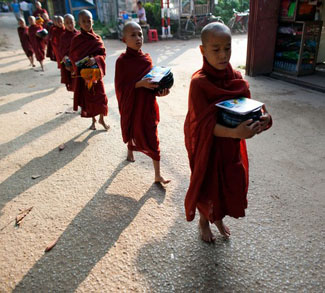