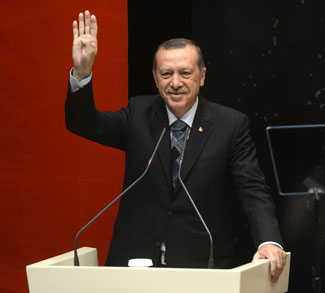 Just like June’s elections brought a shockingly low seat tally for an AKP party seeking a parliamentary ‘super-majority,’ Monday’s election brought a surprise result of a different sort, with the AKP taking 49% of the vote, an increase of nearly 10% in just five months and enough to form a government without a coalition partner. The result caught many off-guard, as it was well off the consensus prediction of another hung parliament. Instead, the love-or-hate figure of President Erdogan and his party will have a firm grip on power through until 2019.

The election result could have a major impact on Turkish foreign policy, in large part because some of the major decisions made by Ankara earlier this year – the push for an anti-ISIS ‘safe zone’ in northern Syria and the intensification of military operations against the terrorist Kurdistan Workers Party (PKK) – were quite possibly influenced by the AKP’s electoral prospects.

The party’s electoral setback in June resulted from voters swarming to the pro-Kurdish People’s Democratic Party (HDP) and the Nationalist Action Party (MHP), the latter of which refused to join the AKP in a coalition because of the AKP’s previous support for the Kurdish peace process. From an electoral point of view, a controlled breakdown of the peace process would net the AKP voters from both of these parties – MHP voters who support a hard line against the Kurds and HDP voters who are concerned about the party’s links to the PKK – and this is precisely what happened. The main opposition Republican People’s Party (CHP) held steady at its previous June totals, and voters abandoned the HDP and MHP in droves, paving the way for an AKP majority.

With power firmly in the AKP’s hands until 2019, the new government now must decide what to do about the violent turn in the PKK-government conflict. The peace process had been a relatively successful plank of the AKP’s previous governments, and its demise was very swift and distinctly unceremonious. Moreover, the ‘safe zone’ that the United States and Turkey envisioned in northern Syria, which would provide the logistical boons of increased border control and being able to launch operations on the Syria-based People’s Protection Units (YPG), has been nixed by Russia’s military intervention on behalf of the Assad regime.