Recent deployments of drones and ballistic missiles by the Houthi movement in Yemen in strikes against a Saudi tanker, both inside international waters and Saudi territory itself, reveal an enduring ability on the part of the Houthis to strike far beyond the limits of their own territory. Though mostly symbolic rather than effective, the use of drones and missiles by the Houthis allows them to generate international headlines by threatening international shipping in one of the world’s busiest trading arteries and raise the domestic costs of Riyadh’s ongoing intervention in Yemen, which is now entering its fourth year.

The Saudi government says that 90 ballistic missiles have been fired into the Kingdom over the past three years by the Houthis, though few have caused any real damage. Similarly, the rebels have occasionally targeted commercial shipping and other international vessels (including US navy drones) to raise the pressure on Riyadh’s international backers, the United states and the UK. The attacks also demonstrate that the stalemate between the Houthis and the Saudi-led coalition which intervened in support of Yemen’s embattled President Abdrabbuh Mansur Hadi shows no signs of being broken anytime soon. 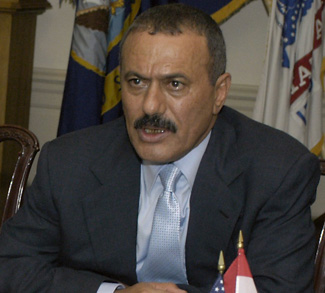