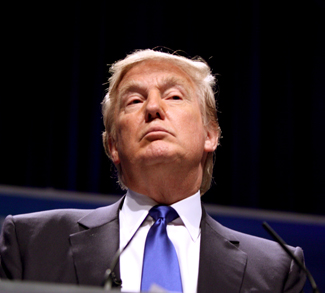 Recent data has shown consumer confidence is down from this point last year. Bond yields on 10-year Treasury notes, along with Japanese and German bonds are at all-time lows. Oil is now flirting with staying below $50 again, and another Brexit poll has been released showing a majority of the U.K. wants to leave the European Union. Further, the Fed meeting is unsure whether or not to raise US interest rates – causing market fluctuations. This is dragging oil prices back down to depressed levels, which curtails drilling and exploration. Pitfalls are everywhere with global economic and geopolitical uncertainty rising.

North Korea has restarted production of plutonium fuel, the Taliban are on the march in Afghanistan, Russia has threatened routine US naval deployments in the Black Sea before the upcoming NATO summit, and the Bank of Japan needs another round of stimulus for their floundering economy. These are reasons why investors have concerns over worldwide economies, poor corporate profits and whether central bank policymakers will continue pushing bond yields lower hurting earnings prospects for banks. “But Brexit is still far more important,” says Tom Di Galama, Managing Director of government trading and strategy at investment bank Seaport Global Holdings LLC in New York.

Oil below $50 a barrel shouldn’t be happening, based upon supply disruptions in Nigeria, Canada, Libya, and Venezuela. This on top of a stronger dollar weighing on crude oil demand, yet worldwide demand will top 101.8 million barrels per day in August, as projected by Reuters, has investors scratching their heads trying to make sense of it all. Does this mean oil has strong momentum, and the days of $100 barrel of oil will return? Possibly, and with US consumers devouring record amounts of gasoline, could now be the time for the world to take advantage of cheap oil and abundant natural gas to finally bring developing nations into the worldwide community of prosperous economies?

All of this show of force and increased worldwide tensions point to the need for having a coherent energy policy, and so far, Trump is the only one who has spoken on record about how to create jobs through US energy policy. Clinton’s policy has been to continue President Obama’s strategy of lowering carbon dioxide emissions via regulations (Clean Power Plan) and pushing for more wind and solar through generous federal tax breaks. Clinton has also said she will kill the coal industry, yet coal is still a major source of fuel for the U.S. and the world (China, India, Africa and Asia) – so Clinton’s proposal of killing off an industry that helps poor people around the world is troublesome. Instead, the U.S. should be the leader in exporting coal to undeveloped and developing countries that have zero interest in environmental degradation or climate change. Even the supposedly green and eco-friendly Germans are building coal-fired power plants since their renewable targets aren’t meeting their energy demands. The Chinese who made a big show of their environmental credentials at the Paris Summit still have staggering amounts of air pollution in their capital of Beijing. The U.S. has environmentally and technologically sound solutions with coal and natural gas other nations don’t have at this time. If the world is going to continue using a dirty fossil fuel, then at least US coal is the best solution until cleaner, cheaper and more abundant sources of fuel can be exported and built around the developing world.

The major problem isn’t climate change or whether or not you like fossil fuels, renewables or a combination, its simply that renewables aren’t anywhere close to being the job creator or supplier of energy that fossil fuels provide. Anyone can agree less coal and oil and more wind and solar can be a good thing until you realize issues such as levelized costs and the economic momentum it would take to convert worldwide and US electricity consumption to renewables. Inertia and momentum will get in the way of widespread renewable consumption for decades to come unless consumers want to pay for this overly expensive choice.

Simply put, energy capacity stops renewables in their tracks. Energy capacity is how an energy source runs at full capacity when in use. Nuclear reactors run at 90%, combined-cycle natural gas power plants run around 40%, coal-fired power plants are at 70-74% whereas wind and solar are at 20%. This means the two most popular renewables only have their best output 1/5 of the time not even discounting cloudy days or when the weather causes wind disruptions. Without federal subsidies both renewables won’t replace natural gas in the near future – a proven fuel source – that will mitigate climate change now.

The U.S. is the leading producer in the world of oil and natural gas thanks to the fracking boom. Trump has proposed opening up federal lands and outer continental shelves for exploration. Considering the average North Dakota trucker made over $91,400 a year during the last oil boom, and that is something for investors and middle class workers to ponder. The International Energy Agency believes the U.S. could overtake Saudi Arabia by 2020 at 11.1 million barrels a day, and that would be a giant step towards energy independence. Investors, banks that hold fossil fuel debt and the middle class, would also welcome real job creation that something such as the Keystone XL pipeline would bring. Trump would approve the pipeline.

President Obama’s State Department has even confirmed the job-creating ability of the Keystone Pipeline XL, which will produce up to 43,000 jobs, and have little to no impact on the US environment.

With US job growth tepid, and renewables unreliable at best, Trump’s plan could open up the floodgates for jobs that fossil fuel extraction unleashes when you consider the supply chain spurred by oil and natural gas. This consists of industrial systems, wells, storage tanks, pipelines, crude rail cars, trucking, housing, roads, infrastructure, schools and refineries along with restaurants and other support systems a modern economy needs to thrive.

The time isn’t right for green technologies, which aren’t producing the results that create jobs. California’s cap and trade system isn’t working, and the state is attempting to eliminate green subsidies for electric vehicles because of cost. Most people want renewables to work, but people need to live, work, and thrive today. Trump’s plan offers real solutions for how to grow the US economy and developing countries.

Trump would more than likely use executive actions to open up federal lands to oil and natural gas exploration, approve the Keystone XL pipeline, and make renewables compete in the marketplace without generous taxpayer subsidies. This will open renewables up to replacing fossil fuels for future generations, and with Trump’s expansion of coal allow developing nations to escape generations of soul-crushing poverty through energy expansion.

No plan is perfect – least of all energy plans – but to kill the coal industry because of unproven global warming (the 97% consensus on man-made warming statement is false) – this is the type of thinking that is dangerous for the U.S. and the world’s most vulnerable people. Basic questions about what Clinton wants versus Trump’s energy plans are this: 1) are we willing to have more land used for windmills, solar panels, and biofuels when corn-based ethanol devastates the environment, and 2) are we willing to export this devastation to Africa, China, India, Asia, Central Asia and South American rain forests to satisfy their energy needs?

With the state of the world in flux – solutions that are proven to work are what make sense for America and the developing world. Though I certainly hope one day to have a zero-carbon emission fuel cell in my home that charges my electric vehicle, it won’t be happening this election cycle or anytime in the near future.

The views in this article are solely those of author and do not necessarily reflect the views or position of Geopoliticalmonitor.com. 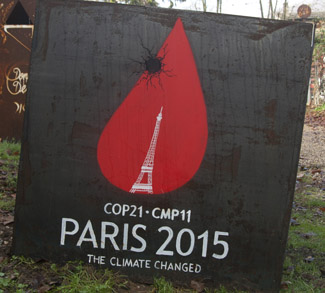