US Navy Turns Up the Heat in the South China Sea

The USS Lassen, a US missile destroyer, has conducted a sail-through, or “freedom of navigation operation” (FONOP) in the South China Sea. The mission saw it passing within 12 nautical miles of the Mischief and Subi reefs in the disputed Spratly Islands, site of the massive Chinese island-building project which began in 2014.

Tuesday’s mission was the first such FONOP since the USS George Washington visited the South China Sea in 2012, an incident that came on the heels of PLA Navy military exercises around the disputed Diaoyu Island chain in the East China Sea. Unsurprisingly, the Lassen’s sail-through drew harsh criticism from several Chinese officials. A spokesperson in the Chinese embassy in Washington lamented: “freedom of navigation and overflight should not be used as excuses to flex muscles and undermine other countries’ sovereignty.” China’s Foreign Minister Wang Yi was less committal, saying the government is still confirming whether or not the 12-mile zone had been violated – probably a stall for time as the administration deliberates on an appropriate response.

The incursion comes at a delicate time for US-China relations. Last month’s Xi-Obama summit was a failure in terms of the South China Sea dispute, with both leaders pledging to essentially continue what they’re doing in their closing remarks (President Xi’s eyebrow-raising pledge to not militarize the South China Sea notwithstanding). The US summit itself was directly preceded by a FONOP with Chinese characteristics – a PLA sail-through within 12 miles of the Aleutian Islands in Alaska. US Northern Command didn’t blink though, releasing a statement reaffirming the Chinese vessels’ legitimate rights to traverse US territorial waters under international law.

Obviously the South China Sea is a different beast entirely. Since 2014, Beijing has embarked on an aggressive island-building program that has now produced a 3km military-capable runway atop millions of meters worth of reclaimed land. Land-reclamation has gone hand-in-hand with aggressive maneuvers by the Chinese coast guard targeting the boats of other claimant nations, all in an attempt to change the status quo and bring the ground-level reality of the South China Sea into sync with the official line from Beijing: that the critical trade waterway is part of China’s patrimony from ancient times. 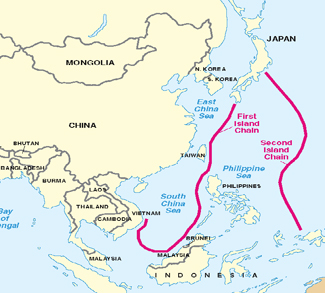 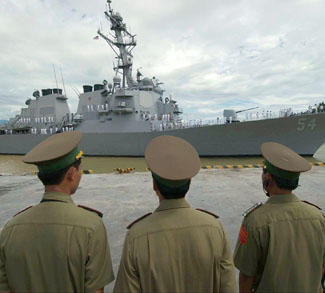