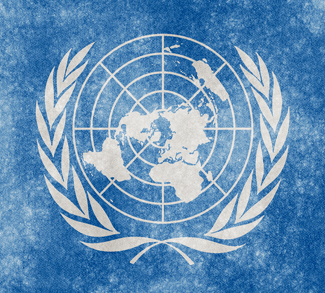 It is a humanitarian crisis that the world forgot. The UN peacekeeping force (MINUSCA) stationed in the Central African Republic has been botched.  Renewed violence between warring local militias has swept across the landlocked country and peacekeepers have failed to protect those they swore to defend. Reports have emerged detailing UN peacekeepers’ inability to protect civilians, repel attacks instigated by local militant groups, and help maintain the ceasefire that was established in June. The perceived failures of the UN-backed mission are heightened further amid 31 allegations of sexual abuse and exploitation against UN civilian staff and peacekeepers. As with the Democratic Republic of Congo, the UN’s inability to respond to acts of militant violence and due negligence has helped fuel the devastation wrought upon Central Africans. The scale and ferocity of the attacks have escalated to such an extent that monitors have warned that the country is on the brink of genocide.

Newly appointed UN Secretary General Antonio Guterres has attempted to respond to criticism levelled at the UN’s perceived incompetence by visiting the war-torn nation in the hopes of garnering support from the international community. Unfortunately it’ll take more than a state visit to enlist the aid of the outside world. The MINUSCA mission is up for renewal on Nov. 15 and with the Trump’s administration bid to cut peacekeeping budgets, the country’s citizens may find themselves bereft of any protection, even when they needed protection from some of the peacekeepers themselves.

The Genesis of the Crisis in CAR

The growing distrust Central Africans hold towards UN peacekeepers may lead militias to believe they can enjoy impunity as previous instances have seen UN peacekeepers slowly respond to calls for military assistance.

The Central African Republic, a nation that has never seen a long period of stability since its independence from France, has been mired in new outburst of religious and political violence since 2013. The conflict began when former Christian president Francois Bozize was ousted by a group of Muslim militants known as the Seleka, who claimed that the Bozize regime had marginalized the northern region of the country and violated previous peace agreements established in 2007 and 2011. Michel Djotodia was installed as president and in the aftermath the Seleka wrought havoc. Villages were burned down and thousands of Christians slaughtered. In response, a localized Christian militia, the anti-balaka, was formed but soon the movement moved beyond acts of self-defense and began targeting Muslim communities.  These events plunged the country into civil war and in the ensuing chaos a 12,000-strong UN peacekeeping force was deployed in 2014.

Though many have characterized the crisis as a religious conflict, it is primarily political. In 2003, Francois Bozize came to power through a violent coup and had the backing of neighboring Chad and former colonial power France. After Bozize’s power was legitimized through an electoral process, dissention in the northern region of CAR began to fester, initiating a long power struggle between Bozize, who had a monopoly over the capital Bangui, and armed groups stationed around the country. The political battle eventually gave birth to the existence of the Seleka.

Since the civil war, CAR has seen the removal and appointment of three heads of state, with the latest being president Faustin-Archange Touadera, who was elected in the country’s first national elections in March 2016. Though the election result was received with warm optimism, the renewed violence and increase of hostilities have now dimmed such hopes.  Deemed to be the world’s poorest country despite its abundance of copper, gold, diamond and possibly oil, the continued unrest has destroyed the country’s infrastructure and crippled the state apparatus. Reports have documented that attacks are escalating against civilian and humanitarian workers.  In addition, more than 14 militant groups control the territory outside of the capital and their rivalries have intensified over the control of the country’s natural resources.

The situation on the ground will most likely continue to deteriorate given recent events. The growing distrust Central Africans hold towards UN peacekeepers may lead militias to believe they can enjoy impunity as previous instances have seen UN peacekeepers slowly respond to calls for military assistance. In June, peacekeepers arrived a day after a call for help was signaled by civilians in the city of Alindao, where at least 130 were killed. The proliferation of small arms will continue to circulate across the country, increasing the flow of violence as civilians utilize weaponry for protection. As a consequence, an increasing exodus of refugees will attempt to flee to neighboring countries, destabilizing the region. This is where neighboring powers such as Chad and Sudan will come in. Fearing the risk that a huge exodus of refugees will bring, Chad will most likely limit the number of Central Africans fleeing into the country and may try to help the interim government contain the violence by providing military assistance.

The MUNISC missions is widely expected to be renewed; however, recent allegations of sexual abuse and U.S reluctance to continually fund peacekeeping missions will hamper efforts to  request more UN troops on the ground. Mr Guterres, who probably kept these factors in mind, requested the Security Council add an additional 900 security personnel to the peacekeeping force, but even then the request falls short of what is required to quell the level of unrest. The most intense fighting is taking place in localized areas, far removed from where UN peacekeeping troops are stationed, and there is a danger of stretching forces too thin to accommodate the scale of the violence. Furthermore, additional troops won’t account or rectify the conduct of peacekeepers who continue to exploit Central Africans for money or sexual favors and enjoy impunity. These recent incidents have instilled a sense of deep mistrust amongst Central Africans who look to peacekeepers for protection. Should certain steps to address the behavior of UN personnel not be taken, the UN will only be engendering more instances of violence as more civilians will attempt to seek refuge elsewhere and will probably be caught up in the clashes.

Intervening foreign powers also need to consider that the crisis in CAR is not solely contained within the country itself as the borders are porous. The Central African region has experienced a flux of rebel movements, with Islamic militants from Mali traversing to northern Darfur and sightings of the Lord’s Resistance Army (LRA) in CAR, South Sudan, and the DRC. The lack of border controls will be highly problematic given the UN’s limited mobility, most likely security and policing will be lax, allowing non-state actors to infiltrate CAR and access the country’s resources to fund their own militant exploits. The allure of the country’s resources will not be the only factor as the possibility of creating new alliances with local groups will be an appealing prospect. Thus, the conflict will probably experience an increase in the number of militant groups operating in the country. This may also lead to instances of greater rivalry over the finite resources that exist in CAR.

Looking to the Future

In an attempt to create calm, France and the UN will try to mediate between the provisional government and armed groups, calling for a cessation of hostilities on both sides. However, such a declaration will prove fruitless as in previous years; negotiations are likely to break down unless the conflict’s underlying causes are resolved.