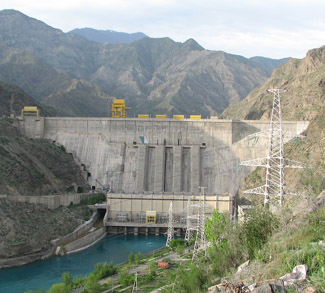 Central Asian countries developed their standard for water and electricity exchange under stringent Soviet resource-allocation policies. After the dissolution of the Soviet Union, these states continued to share the major water resources available in the region—the Amu Darya-Syr Darya Rivers, the Aral Sea. However, as water supply becomes insufficient, countries such as Turkmenistan and Uzbekistan have begun to express concern, inferring causal factors such as climate change, water mismanagement, outdated infrastructure, poor regional cooperation, and heavy irrigation of agricultural crops. In September 2012, President Karimov of Uzbekistan expressed that, “efforts by Kyrgyzstan and Tajikistan to build hydroelectric power stations on rivers that flowed into Uzbekistan could spark war.”

Catastrophic events can take place in Central Asia due to water scarcity, especially in countries located downstream of the Amu Darya river—Uzbekistan and Turkmenistan. Paradoxically, repressive, authoritarian Central Asian states must work together on a solution to this matter before the situation escalates into a war over water.

Cotton production in Uzbekistan and Turkmenistan represents water-scarcity constraints for the Amu Darya River states—Afghanistan, Turkmenistan, Uzbekistan, and Tajikistan—because these countries have to share the resource without any efficient framework to manage the usage of water, or a modern system that controls waste. On top of the water-sharing dilemma, Turkmenistan in particular faces other water security challenges that do not include other states. Turkmenistan is endowed with an extremely arid terrain and ineffective household and industrial water usage, which, if combined with water usage in the agricultural sector, constitute an astounding rate of water consumption and waste. For instance, Turkmenistan consumes (27.95 cu km/yr.) cubic kilometers of water per year, which represents a greater consumption rate than the U.K. (13.03 cu km/y), Venezuela (9.06 cu km/yr.), Zambia (1.57 cu km), and Sweden (2.62 cu km/yr.) combined.

Turkmenistan is the least densely populated of the Central Asian states. More important, despite the small population per square mile, most of the territory of Turkmenistan is waterless and inhospitable to plants and animals. Additionally, a ninth of the territorial extension of this nation is covered by deserts—the Karakum Desert stands out as one the largest sand deserts in the world— contributing to a very drought-prone terrain which adheres to the water- scarcity situation.

Apart from industry (which represents 49% of the economy), the economy of Turkmenistan highly depends on the production of cotton. This dependency on cotton creates a sub-dependency on vast amounts of water, which simultaneously frames water scarcity as a national security threat to Turkmenistan. Agriculture—based on cotton—represents about 8% of the country’s GDP. Furthermore, more than 2.7 million Turkmens are employed in the field. Therefore, if water supply is disrupted, it is very likely that the issue can escalate into turmoil producing an armed conflict, as the Turkmens highly depend on agriculture for their subsistence and this water-intense agriculture depends on great abundance of the resource. In other terms, if the people of Turkmenistan face an imminent water-security threat, it is certainly possible that they would go to war with any of the countries affecting their water supply because their livelihoods would be de facto at risk due to lack of water.

Another eventuality that might take place is a domestic civil war. If the people of Turkmenistan have to face a scenario where its repressive government is—in addition to repressive—incompetent and unable to provide water for its population, it could threaten the regime’s already delicate legitimacy.

Despite having major rivers in the region such as: the Amu Darya (879 miles long) and Syr Darya (1,879 miles long), the problem of water scarcity for Turkmenistan is severe due to the fact that its inhabitants are the largest consumers of water per capita in the world—5,415 water withdrawal per capita (m3). The capital of Turkmenistan, Ashgabat, consumes the same amount of water as the city of Chicago; however Chicago houses four times more inhabitants than Ashgabat, which has a population of 700,000. It is clear that environmental degradation and inequitable access to natural resources can increase the probability of conflict in Central Asia—Turkmenistan plays a key role in the development of these potential events.

According to research by the EU Strategy for Central Asia (EUCAM), some regions may be unable to continue to produce crops, leaving entire communities without livelihoods in Central Asia. In the case of Turkmenistan, a factor that has been affecting its economy is the desiccation of the Aral Sea. The salinification of the sea has contributed to this issue, but the primary contribution of Turkmenistan to the destruction of the basin of the Aral Sea is from local populations and not by climate change. In addition, Tajikistan (in the Amu Darya) and Kyrgyzstan (in the Syr Darya), are in favor of building dams to fully utilize their hydro-power potential. However, downstream Turkmenistan (in the Amu Darya) and Uzbekistan (in the Amu Darya and Syr Darya) claim that uncoordinated and unilateral actions may have an impact on water and ecological security in the region. These plans in the Amu Darya river basin will have trans-boundary implications for other basin-sharing countries. Therefore, it is crucial to balance water needs and coordinate water management between the different sectors—industrial, agricultural, and energy—of affected countries.

The security of Central Asia relies on the interdependency of its nations. Water security elements such as the Aral Sea, Amu Darya, Syr Darya and the Rogun dam, as well as other critical aspects of this dilemma must be collectively studied and commonly approached by Central Asian countries in order to confront these matters with a regional scope, thus finding a collective solution and avoiding a regional war. Central Asian states must agree on water allocation and find common ground on how to share their water resources fairly in order to maintain peace and environmental equilibrium in the region.

The industrial, agricultural, and energy sectors must update their infrastructure in order to utilize the water with climate-friendly technology thus preventing waste and destruction of hydric affluences such as the Amu Darya, the Syr Darya Rivers and the Aral Sea. The governments of Tajikistan, Uzbekistan, Kazakhstan, Afghanistan, Kyrgyzstan, and Turkmenistan must find common ground and work on a modernized agreement that regulates the usage of regional water supplies. More specifically, if Tajikistan wants to finalize the Rogun Dam, it needs to work bilaterally with Uzbekistan in order to reach an outcome that represents a long-lasting solution to their shared water-scarcity constraints – one that benefits both nations, thus maintaining a regional, peaceful understanding among Central Asian countries. 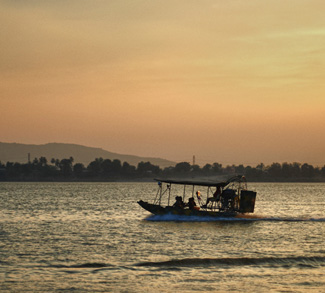 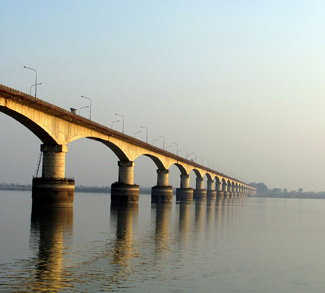