Ukraine and the Shifting Geopolitics of the Heartland

As the Ukraine conflict has now passed the six-month mark, fears of a brutal war of attrition along an immovable front have now evolved into a series of successful counteroffensives by Ukrainian forces of towns held by Russia since the beginning of the war. It is now possible to imagine a Ukrainian victory sooner than many in the West had expected, and with immense geopolitical consequences for Europe and the wider world. As a frontier state, Ukraine may be guided by the hands of neighbouring powers, but its destiny is increasingly being shaped by those within its own borders. The possibility of a fully liberated Ukraine in charge of its strategic destiny calls for an assessment of Ukraine’s place in the history of geopolitical theory. Russia’s ability to manage relationships and project power across its sphere of influence in the heartland of Eurasia is waning. As such, over thirty years since its independence from the Soviet Union, Ukraine’s fight marks a dividing line of the post-Soviet era in one of the most geopolitically significant regions of the globe.

The geographer and founder of modern geopolitics Halford Mackinder famously posited in his Heartland Theory that whoever ‘rules East Europe commands the Heartland; Who rules the Heartland commands the World-Island; Who rules the World-Island commands the World.’ Since Mackinder’s article was published in 1904, Eastern Europe has largely fallen under a Western orientation, with the notable exception of Belarus as a Eurasian-leaning Russian appendage, and Ukraine and Moldova progressing towards the West but still existing in a state of geopolitical limbo. Ukraine’s security guarantees are more iron-clad than Moldova’s, which remains at risk of Russian provocations in Transnistria, combined with steady support for the pro-Kremlin aligned Socialist Party of former President Igor Dodon.

In addition, over a hundred years after the publication of Mackinder’s book Democratic Ideals and Reality, the conflict between Germany and Russia, and thus Central Europe and Russia, has become more managed to the benefit of both nations, but arguably to the hindrance of heartland nations like Ukraine. Germany still faces a ‘Russia problem’ in the words of John Lough, which favours continental security over antagonism with Moscow, and places significant emphasis on the role Russia has played in defining Germany’s role within Europe. Six months on, the real ‘Zeitenwende’, or turning point as announced by Chancellor Scholz, is occurring in the heartland much closer to the recently recaptured city of Izium than it is in the corridors of power in Berlin. Germany still has major targets to meet as it engages in a dramatic overhaul of its security and defence policy, and successes by Ukraine in its counteroffensive may finally force Berlin to act.

The conflict in Ukraine has also revealed the perennial significance of Eurasia to the ambitions of rival powers. Jeffrey Mankoff in his book Empires of Eurasia argues that Post-Cold War Eurasia is a continent ‘less of states than of regions,’ where ‘large, powerful polities’ and outside powers like the EU and US battle for influence over the smaller states that rest between them. This heartland is a renewed great game of conquest, with the sovereignty of states existing on a ‘limited and conditional’ level according to Mankoff, as witnessed in Putin’s conception of Ukraine. Well over a century ago, the historian Henry Adams’ assessment that the core problem of Europe was Russia still rings true, and efforts to firmly shape Russia’s strategic destiny as either Euro-Atlantic or Eurasian have failed to materialise. Putin has shown a much greater interest in reintegrating the imperial borderlands of Europe from the old Kyivan Rus that have long formed the heart of Russian culture and identity rather than merging the Central Asian states to counterbalance the EU.

The Eurasian Economic Union, often seen as Putin’s response to the EU, is more of a practical economic arrangement amongst long-allied states rather than an ideological mainstay or legacy-shaping project for the Kremlin. The most critical change from Mackinder’s day is the role of China in Eurasia, with Russia playing the role of junior partner on almost all matters of importance, led from Beijing despite being engaged in a relationship with ‘no limits.’ Similarly, Russia’s role as a security guarantor in the Caucasus, a pivotal region at the crossroads of many former empires, is also being tested because of its actions in Ukraine. The ability of Russia to use its leading role in collective security organisations across its sphere of influence like the CSTO is waning, causing other powers from China to Turkey and the US to make inroads.

In Eastern Europe, Russia’s influence remains strong from a cultural and identity-driven perspective, but weak in terms of prospects for alliance building and economic development when compared with the EU. This is the case in Serbia, a longstanding ally of Russia with Slavic roots that is pursuing a multi-vector foreign policy as it seeks investment from China and also membership in the EU. In Ukraine, despite having many ethnic Russians with longstanding connections to Moscow, broad popular support exists across regions from the Polish border to the Donbas for a European integration and strategic outlook. As such, Ukraine may exist physically in the contested space of the heartland, but it is now ever-closer ideologically, militarily, and strategically with its neighbours in the West. Putin’s war in Ukraine has only accelerated this trend, causing the very threats he imagined over NATO expansion to come to fruition as Sweden and Finland are now set to join the alliance. Thus, the heartland is likely to become not just uncontested but treaty-bound to Western-led institutions that are perceived by Putin to be existential threats to the survival of Russia.

For Poland and the Baltic states, Ukraine remains the heartland of Europe as a contested space between two competing blocs, the EU and Russia, that is crucial to each opposing sides’ strength and to the expression of its values. In contrast, France, Germany, and other Western European states still regard Ukraine as a peripheral state existing in the next wave of enlargement to Europe, one whose integration is not critical to their own success and prosperity, but rather solely to Ukraine as the state seeking membership. Ukraine remains an expendable security issue for states like France which possess ambitions to redefine the European core and engage in power projection in other areas like Africa and the Indo-Pacific. For France and Germany, Ukraine is not yet a ‘new Berlin’ standing on the frontlines of freedom, but a prospective member of an integrated European core that still is open to including Russia as a major economic partner. The Baltic states and Poland view Ukraine differently as the last bastion of liberty by nature of its geography and heartland position, something also echoed by Finnish Prime Minister Sanna Marin in a recent address to the European Parliament. Ukraine’s Western-allied neighbours in the heartland rightly see Kyiv not as a pawn on the geopolitical chessboard devoid of agency but rather as a principal player, deserving of its leading role.

In the over 100 years since Mackinder first posited his theory, Ukraine has gone from heartland to imperial periphery and borderland to frontline state. Unlike prior wars, the conquest of Ukrainian territory for material political gain is less important than the defence of that territory and the stakes involved for the projection of power and values in the 21st century. Ukraine is a gatekeeper to Europe, a key indicator of where the continent is going and how the established powers in Europe, as well as those with imperial legacies, will respond. Since Russia’s invasion on 24 February, Ukraine has proved itself to be a decisively European state fighting for European values and an orientation that is markedly different from that of Moscow. However, by nature of its geography, it will take time for Ukraine to be fully accepted as a modern European state that belongs firmly in the European family of nations.

Ukraine is not a scapegoat for the EU’s ills but a provider of moral clarity for the bloc, and a reminder of the importance of enlargement for revitalising its core mission. Few nations have been as pivotal as Ukraine to the strength of competing, neighbouring powers in both the 20th and 21st centuries. As the conflict continues, it is also imperative for Ukraine’s development and future orientation that its territory no longer be framed as a borderland existing in the post-Soviet space. While that framework can be important in placing historical context for the present conflict, it continues to subject Ukraine to the post-imperial periphery that according to Putin is not fully sovereign but conditionally so as a member of a nebulous near abroad. Furthermore, the notion of being post-Soviet has many different interpretations and outlooks and is often defined by those in Moscow or the West to serve their own strategic calculations and national interests in a contested space. Ukraine is now able to reclaim and redefine what it means to be post-Soviet, and to export its modernised conception of its heartland region to the other side of Europe as it engages with Brussels over EU membership.

As leading geopolitical thinkers have long recognised, Ukraine is too important and too great a member of the heartland to fail politically or strategically. As the past months have revealed, Ukraine shows no signs of failing, and it is time for the West to consider the ramifications of a Ukrainian victory for the existing security order in Europe. Given the intractable strength of the Ukrainian project and its people, it is not unprecedented to think that Ukraine will at some point be driving debates over the future of Europe. Over a hundred years ago, what Mackinder did not factor in his original analysis was a Ukraine existing as a heartland state to a weakened and isolated Russia, with Ukrainian identity and will to fight being much stronger than that of its larger neighbour. This is the greatest geopolitical development in Ukraine’s favour, making Ukraine the heartland not just geographically but spiritually as the leader of a moral cause capable of redefining the core of Europe and reimagining relations in Eurasia. 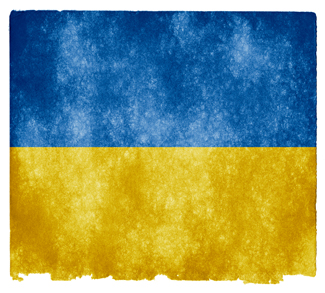