The Search for a New Equilibrium in US-Pakistan Relations 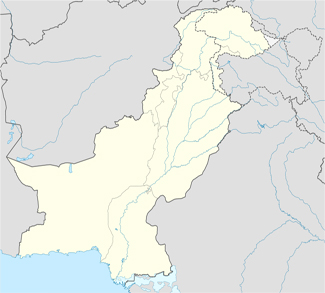 While many incidents have led to a strain in ties between Islamabad and Washington over the years, neither state seems willing to write off this seemingly indispensable relationship. Washington needs Pakistan to help stabilize Afghanistan and to serve as a base for regional counterterrorism operations. It also fears that a nuclear-armed Pakistan which regresses into failed statehood could pose a dire threat to the region and beyond. Despite calls by idealists to cut aid or sever ties with what they view as a rogue state, pragmatic U.S. policymakers understand that Pakistan is simply too valuable to U.S. foreign policy. A more realistic approach would be to focus on where ties can be strengthened and which concessions could realistically be offered on both sides of the table.

Pakistan plays a crucial role in U.S. counterterrorism operations by supplying logistics and intelligence support for the U.S. to dismantle Islamist militant networks. However, the notorious program of drone strikes has intensified under the Obama administration, harming US-Pakistani relations. Drones often target al-Qaeda and Taliban militants operating along Pakistan’s tribal frontier. U.S. officials have hailed the program as a success in U.S. counterterrorism efforts. However, Pakistani officials frequently condemn the drone strikes as a destructive violation of Pakistan’s sovereignty. Questions of effectiveness aside, the drone program has alienated Pakistan by enraging the local population and providing a recruiting tool for radical Islamists.

Washington’s frustration with the perceived reluctance on the part of Islamabad to dismantle domestic militant networks has been a large source of tension. Pakistani leaders claim that their armed forces have suffered heavy casualties in the battle against terrorists. The truth is: Pakistan targets militant networks when those networks challenge the Pakistani state or threaten its people. However, Islamabad has largely ignored Islamist militants fighting Western forces in Afghanistan or Indian forces in Kashmir. Pakistan’s national security strategy for decades has been to undermine Delhi’s influence. To this effect, it has supported extremist groups from Kabul to Kashmir to not only maintain domestic support, but also to weaken India.

One of the central problems in US-Pakistani relations is past support from elements within Pakistan’s security establishment to the two major militant networks operating along the Af-Pak border: the Haqqani network and the Pakistan Taliban. This support has led to greater regional instability and a weaker Afghan government. This comes as no surprise considering the Afghan Taliban was formed with help from Pakistan’s Inter-Service Intelligence (ISI). Islamabad supported the Taliban from its rise to power until its fall in 2001. It envisioned the Taliban as client regime to help promote Pakistan’s strategic interests, which included undermining India’s regional influence.

There is no denying that since the start of the war in Afghanistan, Pakistan has served as a crucial supply route for NATO forces. Because Afghanistan is a landlocked country, crucial supplies like food and fuel for ISAF troops must come from neighbouring countries, or otherwise be shipped expensively by air. Although other supply routes exist along Afghanistan’s northern frontier, they are ultimately longer and costlier. Pakistan has managed to use its control over access to these vital routes that run from Karachi to Kabul as leverage in its relations with Washington.

Whether Afghanistan is stable or regresses back into anarchy after ISAF troops withdraw in 2014 will depend largely on Pakistan’s regional influence. Pakistan has a crucial role to play in Afghanistan. It can sever its ties with militant groups and support a stable Afghan central government. It can help secure a stable Afghanistan by working to safeguard its porous borders and cracking down on militant groups along the embattled frontier. But, this seems unlikely when one considers Pakistan’s longstanding support of jihadist proxies. Pakistan – and by which I mean the military establishment that controls the state; not its civilian leaders who wield nominal power – will continue to support the Afghan Taliban in order to hedge against unfavourable circumstances in Afghanistan. This is especially true since the Karzai government has been warming up to India, even going so far as to sign a strategic partnership agreement with Delhi in 2011.

For Islamabad, a weak government in Kabul also ensures that Afghanistan cannot pursue territorial claims against Pakistan. One thing that nearly every past Afghan government (including the Taliban) has in common is that they have challenged the legitimacy of the 1893 Durand Line agreement. The agreement was signed by the governments of Afghanistan and India (then under British rule) to demarcate their respective borders. When Pakistan was created in 1947, it inherited the agreement. However, Afghans claim the agreement was only to be in effect until 1993 – a hundred year period. They also claim that Kabul and Islamabad never ratified the agreement, as they should have. Due to this grievance, Afghanistan was the only country to vote against giving Pakistan a seat at the United Nations in 1947.

Islamabad prefers a regime in Afghanistan, like the Taliban, where it could wield its influence and contain India’s expansion. Pakistan’s lack of support for the Karzai government irritates Washington. But in reality, Pakistan is likely looking beyond the Karzai government in its planning. In fact, even a U.S. military report leaked last year conceded that once NATO forces withdraw in 2014, the Taliban will likely retake power in Kabul with the help of Pakistan. The Karzai government is simply too weak and ineffective to maintain a long-term grip on power.

Perhaps the most important reason why U.S. policymakers cannot ignore Pakistan is due to its nuclear arsenal. Pakistan developed a nuclear weapons program in the late 1970s to offset India’s superiority in conventional forces. Washington’s biggest fear since then is that that rogue elements in the army will collude with terrorists to transfer nuclear weapons or that Pakistan’s instability will lead to a takeover by radical Islamists who will inherit Pakistan’s nuclear arsenal. These nightmare scenarios are simply unrealistic. Although true power behind the state lay with Pakistan’s military – the ‘state within a state’ – it is nonetheless a professional one composed of rational men who understand the repercussions of proliferating or carelessly mishandling their nuclear weapons. Furthermore, Pakistan has an impressive command-and-control system that compartmentalizes the security of its nuclear arsenal. Nevertheless, Washington continues to proceed with caution and maintains a watchful eye over Pakistan’s military rulers.

Will Trump Sink US-Pakistan Relations in 2018?

Situation Reports December 26, 2008
Back to Top