Withhold $800 million in military aid, let it go through, or double it- no matter what Washington does it can’t escape the paradox that Islamabad is its most important ally in the war on terror.

Pakistan is crucial to the United States and there’s no escaping it. As an (ostensibly) secular Islamic state, the ultimate arbiter of NATO success in Afghanistan, and a nuclear power, Pakistan is extremely significant in terms of conventional geopolitics. As a web of fragile institutions presiding over a simmering extremist insurgency within its own borders, it also represents the potential for a disastrous state collapse.

Thus US policy planners are left with the following Sophie’s Choice: pour money into the Pakistani government and bear their suspicions (ISI duplicity) and the occasional public embarrassment (the Bin Laden raid) with gritted teeth, or withdraw support and at best make an enemy out of Pakistan, at worst cast the entire region into extremist anarchy with some nuclear weapons in the mix. It’s not a happy decision to have to make, but from an objective, risk-mitigation point of view the former choice seems ideal.

Since the Obama administration is well aware of the dangers of alienating Pakistan, the decision to withhold $800 million in military aid likely stems from a combination of domestic factors and calculated risk.

On the domestic front, the Obama administration is protecting itself from being labeled as too soft on a country perceived to be in bed with extremist networks. That Osama Bin Laden was discovered hiding in plain sight within one mile of Pakistan’s military academy certainly doesn’t help Pakistan’s image in America, nor do whispers of ISI involvement in the assassination of Pakistani journalist Saleem Shazad. Going into critical budget meetings with Congressional leaders over the next few weeks, the decision to withhold military aid to Pakistan will help the Obama administration avoid accusations of pouring too much taxpayer money into Islamabad without getting anything tangible in return.

The decision also contains an element of calculated risk insofar that it’s designed to make the Pakistani authorities more amenable to US demands; to prove to them that aid is not to be taken for granted. US-Pakistani relations have hit a series of roadblocks of late, the most recent one being the expulsion of US military trainers by the Pakistani government. It’s yet another attempt to force Pakistan into giving the US some of the things it wants, such as Pakistani army deployments in the tribal regions, intelligence sharing, and a halt to ISI meddling in Afghanistan, to name a few. Washington tried the carrot and now it’s cautiously picking up the stick.

But we already know that Pakistan’s importance puts a hard limit on how much the stick can be used, so the real question is: will this show of tough love backfire? Right now it seems quite likely that the answer is yes. The Pakistani army and government are both keenly aware of their own importance to US interests in the region, so threats of any real reduction in aid won’t be taken seriously. Moreover, the Obama administration’s decision threatens to influence Pakistani civilian-army power dynamics in a way that is detrimental to US interests. There seems to be a growing malaise towards the US within the Pakistani security establishment, and this may have something to do with their looking towards a post-US Afghanistan with an eye on re-establishing ‘strategic depth’ with the Taliban.  US moves to ‘discipline’ Pakistan may have the unintended effect of undermining its civilian government, which could come back to haunt them over the long term.

Pakistan Stares into the Abyss 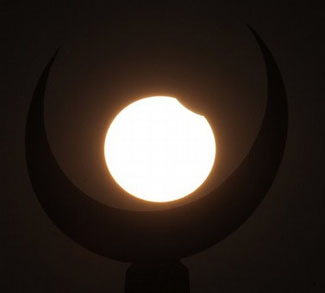