The Next Leaders of Egypt 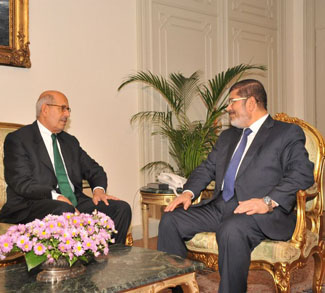 Last Wednesday, the Egyptian military followed through on its promise to seize control of the country and suspend the constitution, detaining President Morsi and installing an interim government to replace him. The move has divided the nation into Morsi’s supporters, who believe the army’s actions amount to an anti-democratic coup, and his detractors, who consider the move to be an extension of the people’s will. Against a backdrop of deepening civil unrest across the country, military leaders have maintained that they do not intend to rule indefinitely, and that they will be handing power back to a civilian authority.

But the question remains: who will lead this new civilian authority? The following is an introduction to the potential key players in Egypt’s next administration.

Defence Minister and Supreme Commander of the Egyptian Armed Forces, al-Sisi imposed the original ultimatum and carried out the coup against Morsi. Upon seizing control of the country, he did not assume leadership himself, instead calling for elections and promising a return to civilian rule. It is virtually certain that he will not compete as a leadership candidate, instead choosing to stay on as the head of the military, which is arguably the most influential and powerful institution in Egypt. The dramatic fall of President Morsi illustrates that future Egyptian leaders will need the blessing of the Egyptian military to rule, so while al-Sisi will not pursue the presidency, he is set to remain an extremely important figure in Egyptian politics going forward.

Mansour has been appointed interim president by al-Sisi. As the former head of the Supreme Constitutional Court in Egypt, a body that frequently clashed with decisions made by the Morsi government, it comes as no surprise that Mansour was a strong supporter of Morsi’s removal. The court’s opposition to Morsi has been highly politicized: Morsi supporters accused the court of remaining loyal to Mubarak and the old regime, and the courts believed the Morsi government to be largely illegitimate and more Islamist-leaning than most Egyptians wanted. By appointing a member of the court as interim president, General al-Sisi claims to be seeking to avoid a political struggle ahead of new elections. It is often the case that interim leaders are not permitted to run for the position they temporarily hold, but with the leadership structure in flux and Mansour’s apparent support from the military, he might emerge as a strong long-term candidate.

ElBaradei is a former diplomat, the former head of the International Atomic Energy Agency, and a Nobel Peace Prize recipient. After Morsi began consolidating his own power base, ElBaradei became the de facto opposition leader in Egypt, heading up the National Salvation Front, Egypt’s largest coalition of liberal and left-leaning parties. While he would likely be welcomed by the international community if he were to become Egypt’s next president, he has passed up getting directly involved in politics in the past. It was widely rumoured that he would run against Morsi in 2012, but ultimately he chose not to. More recently, it was announced that he would be appointed interim prime minister under Mansour, though the announcement has since been retracted.

An academic and the governor of the Central Bank of Egypt (CBE) from 2003 to 2013, it was once rumoured that Okdah would ascend to the position of prime minister under Morsi, though the appointment never materialized. Okdah’s highly competent tenure at the head of the CBE may appeal to an Egyptian electorate that is particularly concerned about fixing the country’s stagnant and increasingly debt-ridden economy. He is known to keep a low profile and rarely appears in the public eye, and as such, his political ambitions remain somewhat of a question mark. Like ElBaradei, Okdah is another leader who would be embraced by the Western world.

El-Labban has been another name circulating as a potential future leader of Egypt. It was rumoured that he was on the shortlist to be offered the premiership under Mansour’s interim rule. El-Labban is the CEO of one of Egypt’s most influential banks, and he has extensive international business experience. El-Labban was the architect of privatization efforts in the Egyptian banking sector in the early 1990s, and like Okdah, he has economic credentials that will likely resonate with the electorate. 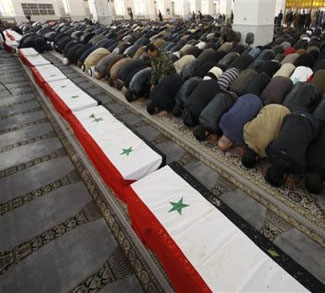