Situation Reports - May 24, 2016
By Geopolitical Monitor

Taliban leader Mullah Akhtar Mansour was killed by a US drone strike in Pakistan’s Balochistan province on Saturday.

The removal of Mansour from the AfPak equation will reverberate on several fronts: the Afghan peace process, the Taliban’s effectiveness on the battlefield, Islamic State’s efforts to make inroads in the region, and finally US-Pakistan relations due to the high-profile breach of Pakistani sovereignty that resulted in the Taliban leader’s death.

Mansour was firmly opposed to any political reconciliation process with Kabul, and it was likely his refusal to enter into talks that got him blown up on some dusty road in Pakistan’s frontier last weekend. After all, it’s not exactly good policy on the part of US policymakers to assassinate the leaders of an outfit that is simultaneously being encouraged to lay down its arms and enter into the political process.

Yet Mansour’s removal will do little to encourage the Taliban to negotiate; in fact, the opposite is more likely to be true.

A decision by the Taliban to enter into negotiations will have to come from a respected figure within the organization, one that holds enough personal sway to convince the rank-and-file that want to keep on fighting. It’s no accident that the original call to talks was made in Mullah Omar’s name, even though the venerable leader had already been dead for nearly two years – he was the only one who could pull off the about face of cooperating with an administration widely seen as a tool of US imperial power. 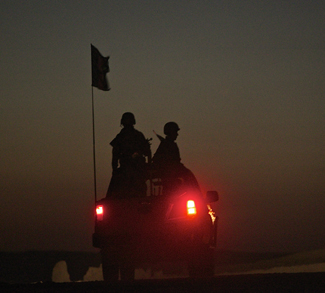