Refocus on Deterrence Needed in a Golden Age of Proliferation 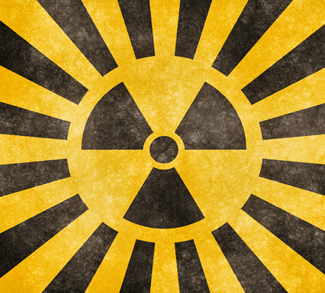 In light of the recent North Korean nuclear detonation and the recent nuclear deal negotiated by the Obama administration and Iran, questions regarding proliferation are as urgent as ever.  As we clearly are entering a “Golden Age of Proliferation,” the right response may prove politically unsatisfying and unpopular.  It is time to get serious about nuclear deterrence strategy again while jettisoning an obsessive focus on non-proliferation.

North Korea, and to a lesser extent Iran, give tremendous evidence that we are entering a new, uncharted time; a dawning of a true “Golden Age of Proliferation.” This concept is clearly not lost in the security field. Paul Bracken has been describing how to confront the “Second Nuclear Age” for some time. Other works have raised this alarm in recent years too, including the well received RAND monograph from the late French thinker Therese Delpech.  Despite this legitimate interest, there is far too little attention being devoted to deterrence.  Rather, there is an obsessive focus on non-proliferation and even pie in the sky notions such as “Global Zero.”  It’s as if with the end of the Cold War, deterrence theory has gone into a near hibernation and what policy does exist runs too often on autopilot.

However, before embarking too far down the path on deterrence, it is imperative to understand why this “Golden Age of Proliferation” is emerging.

In one sense, it is remarkable that proliferation has been as limited over the past decades as it has been.  President Kennedy’s Secretary of Defense Robert McNamara once anticipated eight nuclear power states within a decade.  Clearly that did not happen.  In fact, the pace of proliferation has consistently been slower than most pessimistic analysts forecasted.  However, with nine clear nuclear weapon states today (US, Russia, Great Britain, France, China, India, Pakistan, Israel, North Korea) and one that could move in that direction quickly (Iran), proliferation, despite its slow pace, has nonetheless been real.  It has also shifted from super and major powers like the U.S. and the Soviet Union to include much weaker states, with Pakistan and North Korea being prime examples.

As the world continues to confront fears of global warming, nuclear power will continue to be important. Though it is clearly possible to limit proliferation of material required for weaponization, it is not clear that sufficient precautions will be universally followed.  Thus, the concerns of “breakout” as a nation may, under the guise of a purely civilian nuclear program, step to the threshold of possible weaponization are valid.

Second, one must consider the status that nuclear arms convey on the world stage. While most experts would no doubt argue that the key to nonproliferation is the need to delegitimize the acquisition of nuclear weapons, this is evidently not happening in the case of North Korea.  It is also debatable how this will impact Iran over the medium to longer term.

Third, we know there has been a willing market in trafficking for nuclear materials.  The notorious Pakistan-based Khan network is unlikely to be the last to operate.

Finally, as U.S. power declines in a relative sense on the global stage, one of the keys to limiting proliferation, namely U.S. security guarantees, is also eroding.  This could easily prompt actors facing security dilemmas in their region to re-evaluate the need for a nuclear deterrence.  Though both India and Pakistan are already nuclear weapons states, there is a robust debate about increasing tactical nuclear weapons in Pakistan.  Given this is where the Khan network originated, no one can be sanguine about the implications.

The tipping point has already been reached.

With respect to the most recent North Korean provocation, what sane policymaker really expects regime change to work?  While the editorial pages of the Wall Street Journal may call for this, prudent leaders know there are no good solutions.  Backing Kim Jong-un into a corner is more, not less likely, to lead the regime into making radical decisions.  Similar “regime change” rhetoric may well have led to some of Bashar al-Assad’s greater brutalities is Syria.  It is probably not wise to tempt a regime like that in the Hermit Kingdom with which we have even less insight.

The Iran nuclear deal also looms large.  Despite the deal and the recent turnover of uranium to Russia, covert breakout remains a legitimate option for Iran.  Once sanctions are relieved, the difficulties of them being “snapped” back are significant.  Additionally, Iran’s recent ballistic missile tests show they are not giving up on the development of delivery mechanisms.

A military response by either the U.S., or more likely Israel, will do little more than “mow the grass” and delay, rather than eliminate, the fundamental problem. Iran now has the knowledge base it needs to step up to the nuclear threshold.  It should also be recalled that that Iran was seeking nuclear technology long before the 1979 revolution as the Shah of Iran had a desire for them.  Further, as with the North Korean example, a policy of actual regime change is likely to further drive Iran along the path at even more rapid pace.  With both Russian-Western tensions as well as those between the Sunni Arab world and Iran, the amount of damage that could be wreaked is serious.

In two key regions, East Asia and the Middle East, we are entering a time of shifting stability. If the U.S. weakens its position in East Asia in the face of these challenges, the potential for at least Japan, despite being the only nation ever to thus far suffer a nuclear attack, to reverse its present courts and embrace a deterrent capability cannot be discounted.  Further, cascading proliferation in the Middle East is a distinct possibility.  The chances that especially Saudi Arabia and Egypt will sit back in the new strategic environment is hard to fathom, especially as the U.S. shifts its regional security role to more of an offshore balancer.

Nuclear weapons are here to stay. The genie is out and will not go back into the bottle.

Thomas Schelling wrote something that should startle anyone calling for a world of so-called Global Zero:

In summary, a ‘world without nuclear weapons’ would be a world in which the United States, Russia, Israel, China, and half a dozen or a dozen other countries would have hair-trigger mobilization plans to rebuild nuclear weapons and mobilize or commandeer delivery systems, and would have prepared targets to preempt other nations’ nuclear facilities, all in a high-alert status, with practice drills and secure emergency communications. Every crisis would be a nuclear crisis, any war could become a nuclear war. The urge to preempt would dominate; whoever gets the first few weapons will coerce or preempt. It would be a nervous world.

Limiting the flow of nuclear technology to dangerous international actors should continue.  But this is not enough.

As alluded to earlier, Global Zero is a fantasy, despite having high profile Cold Warriors like Kissinger, Shultz, and Sam Nunn supporting it. Pre-emptive warfare of the kind embraced in 2003 with Saddam Hussein’s Iraq is ludicrous.  It is expensive and unrealistic.  Consequently, we are stuck with deterrence; however, imperfect such a solution might seem for both hawks and doves.

So while deterrence must be wholeheartedly re-embraced at the highest strategic levels, it will not look like the Cold War version.  Then, the calculus, though difficult, was at least more understandable inasmuch as it was a bipolar game wherein the players were largely rational.  Of course, even then, deterrence was far from simple.  Imagine how much more difficult it will be to now be forced to embrace a new, flexible model that recognizes the new multipolarity of the nuclear order.  First and foremost, American strategists need to get serious about deterrence and think through answers to this question.

Next, the U.S. will need a significant upgrading of its arsenal.  Part of this will be to determine the relative weight of each leg of the strategic triad.  Additionally, it will entail going through and making clear determinations as to what real red lines should be drawn and under what circumstances and in which strategic theaters of operation.

Few will be excited to consider these steps. They are not politically attractive.  They will call forth more defense spending at a time when many Americans want to stop spending so much on guns and start focusing more on butter.  They are too hot for doves that live in a world where no nuclear weapons seems to be an attainable goal.  They are probably too cold for hawks that support constant intervention anywhere a rogue element might obtain these weapons.

Unfortunately, good policy is frequently not good politics.  Yet that does not mean that the U.S. can afford to be caught flatfooted.  As North Korea’s actions this week show, there time for creating a 21st century deterrence model to confront the new, “Golden Age of Proliferation” is now, irrespective of the politics.