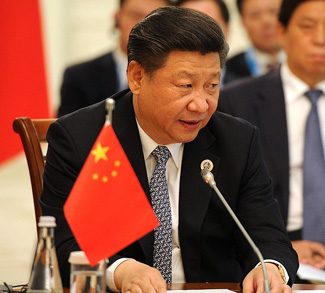 The Chinese Communist Party will hold its twice-per-decade congress on October 18. The event will provide clues on the future of Xi Jinping’s leadership, but here the question is less whether or not President Xi will consolidate power and more of a matter of by how much.

The congress will determine the makeup of the Party Central Committee, the Politburo, and the seven-member Politburo Standing Committee. These decisions will not be determined by open vote, but rather behind-the-scenes political jockeying in the lead-up to October. Indeed by the time the congress actually rolls around, all of the decisions will have already been made.

China watchers will be focused on whether or not past conventions hold during the congress, particularly the informal retirement age of 68. This rule has helped spur generational turnover in the past, forcing old leaders to step aside for young blood. Should he abide by the rule, President Xi would see some of his closest allies exit the government. Should he ignore it, President Xi would keep his allies close at hand. He would also be setting a precedent for his own future, creating the possibility of a much longer reign than his predecessors.

China is a one-party state where rule of law is a cultural and political outlier. Yet the upheavals of Chairman Mao’s rule, particularly the Cultural Revolution that many of the current leaders experienced first-hand, imparted the importance of rules and norms when it comes to political succession. Deng Xiaoping, the architect of China’s economic liberalization, did his part to entrench this new convention by voluntarily stepping down from his office in 1989 and paving the way for Jiang Zemin’s rise. Yet Deng also went on to establish another more disruptive trend in Chinese politics, that of ex-leaders continuing to influence high-level politics long after they’ve left office.