Pakistani Foreign Policy and the Test of New Elections 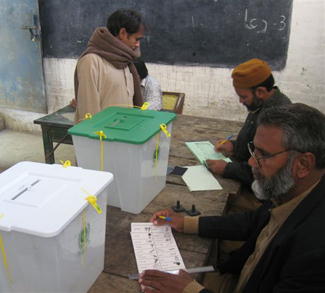 For the first time since Pakistan’s independence, the government – led by the Pakistan People’s Party (PPP) – has completed its fixed five-year term in office, setting the stage for new elections to be held in May. Given Pakistan’s status as a U.S. major non-NATO ally, and the country’s strategic importance, particularly in the lead-up to the U.S. withdrawal from Afghanistan at the end of 2014, upcoming elections and the policies of the next Pakistani government are being closely watched by an American government hoping to further its own interests in the region.

The main political parties contesting the elections, excluding the religious ones, have unfolded their foreign policy only vaguely in their political manifestos, and many of them do not conflict with American interests in the area. But if the election result leads to a fragmented parliament without a clear majority, marginal parties, often with more extremist political views, will be the primary beneficiary, and as such they will go on to enjoy a disproportionate role in policymaking. By contrast, a scenario where one of the mainstream parties – the PPP or the PML-N – wins a strong majority, we would likely see Pakistani and American strategic interests align to a certain degree.

Now that Pakistan’s election officials have banned Pervez Musharraf from standing in next month’s general elections after failing to meet constitutional requirements to protect the independence of the country’s judiciary, there are three parties seen as contenders for the May 11th competition:

First is the ruling party, the Pakistan People’s Party (PPP), led by Asif Ali Zardari, who shares the party chairmanship with his son Bilawal Bhutto. The PPP’s main base of support is in the Sindh Province, in the south of the country, though it has scattered support throughout Pakistan as well. Although Zardari – who is unpopular at home – cannot run for the PM position, he can still exert strong influence on his party if he is able to serve another term as president. Zardari’s weakness stems from his long list of enemies, both at home and abroad, which includes elements of the military, the judiciary and the Saudis.

The second party is the Pakistan Muslim League-Nawaz (PML-N), led by  Nawaz Sharif, a former two-time prime minister lived in exile in Saudi Arabia up until 2007. Like Zardari, he has strained relations with the military and judiciary, institutions that contributed to his exile in 1999. Sharif controls the most organized party structure in the country. Although it is firmly opposed to religious extremism and terrorism, one of the largest vote constituencies for the Muslim League-Nawaz is southern Punjab, a breeding ground for extremist activities organized by jihadist groups and other militant organizations like Ahle Sunnat Wal Jamaat, Lashkar-e-Jhangvi and Jaish-e-Mohammed. The PML-N cannot ignore the high approval enjoyed by these groups in Punjab, which elected 148 out of 172 National Assembly members in the last elections, and these associations suggest that a PML-N-led government would be more willing to offer concessions undermining American interests in the area for votes.

The third party running for election is the Pakistan Tehreek-e-Insaf (PTI). Founded by the former captain of Pakistan’s cricket team, Imran Khan, the party is challenging both the PPP and PML-N thanks to a strong campaign against corruption and the American War on Terror. Despite the party only ever holding one seat in the National Assembly, his support has been growing since 2008 and Khan has managed to gather thousands of people at numerous rallies during the 2013 election campaign. Although he is seen as a supporter of the Taliban abroad, he is lambasted by jihadists at home for being too Westernized.

When it comes to foreign policy issues, while all the political parties generally agree on the importance of Pakistan-China relations, they have divergent opinions on relations with the United States. The religious political parties, including Tehereek-e-Insaf, forcefully condemn US-PAK relations, frowning upon American drone strikes and constant diplomatic snubs. Despite the fact that relations between Washington and Islamabad have been severely strained for the two years following the Salala Incident and the Operation Neptune Spears, none of the mainstream parties outright reject a political relationship with the US, instead approving Pakistan’s ties with Washington (and the money flowing in) and agreeing on a sturdy partnership. When it comes to neighbouring Afghanistan, all the parties condemn American policies toward Kabul and the impact they have on Pakistan domestic security. While the PPP and the PML-N support a reconciliation process with the Afghans, Imran Khan doesn’t seem too worried about the Taliban threat and his alleged ties with the Pakistani Intelligence Service could come to endanger the Af-Pak relationship even more.

Despite the lingering dispute in Kashmir, India held a marginal position on the list of priorities of the parties compared to American and Afghanistan concerns. All parties but religious ones seek a peaceful settlement of disputes with India, but while the main parties are willing to strengthen ties with India, religious parties do not share the same opinion, demanding that the Most-Favoured-Nation status not be granted to India.

Various polls have been conducted, all of which show different results. Because the ethnic vote is a strong predictor in Pakistani elections, there will probably be a close contest between the mainstream parties and the outcome of the election is unlikely to produce a significant shift in Pakistani foreign policy. The results will set, however, the degree of legitimacy enjoyed by the winning party. Should the mainstream parties obtain a strong majority, Pakistan foreign policy will continue to be aligned to US strategic goals in the region. But if narrower electoral margins compel the PML-N or the PPP to form a coalition government with minority parties, like the PTI or a religious one, then Pakistani foreign policy might make a hard turn away from the current loose solidarity with the U.S. 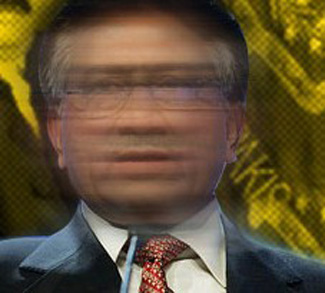