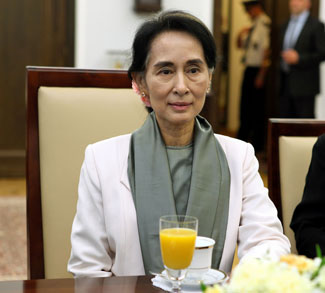 Clashes between the minority Rohingya population and security forces in Myanmar’s Rakhine province have resulted in a mass exodus into Bangladesh. The UN estimates that some 290,000 Rohingya Muslims have crossed into Bangladesh over the past two weeks alone. Estimates of deaths so far range from 400-1,000.

The Rohingya constitute around 1.1 million of Myanmar’s 53 million people. They’re predominantly located in the northwest state of Rakhine. Dubbed as ‘the world’s most persecuted minority,’ the Rohingya have encountered persecution and resistance wherever they migrate to: in Bangladesh, India, and of course Myanmar as well. India Prime Minister Narendra Modi’s recent visit to Myanmar was motivated in part by a desire to deport the 40,000 some Rohingya people that fled to India during the last uptick of Rakhine violence in 2012.

Recent events in Rakhine are unequivocally a humanitarian disaster, so much so that the venerable Aung San Suu Kyi has been widely panned for her tepid response to the crisis. Yet there are several geopolitical factors at play here which suggest that the Rohingya’s problems are just beginning.

The Rohingya’s plight won’t be solved by the West. The Rohingya crisis is likely to worsen for the simple reason that there are no powerful backers that can step in and pressure the Myanmar government to reverse its course. President Trump has built his foreign policy around decoupling human rights from US security interests, and it’s unlikely that he would choose to spend any of his diplomatic capital on seeking to punish Myanmar in the United Nations or by adopting new unilateral sanctions. Further muddying the waters is the fact that Myanmar now has a quasi-civilian government – civilian in name, with the humanitarian Aung San Suu Kyi as its figurehead, yet authoritarian in execution, particularly with regards to internal security issues. Keep in mind that the military is still in full control of domestic security. This leaves the EU in a precarious position with regards to Myanmar, because any sanctioning actions it takes against Myanmar risks jeopardizing the fragile gains seen in the last two years.