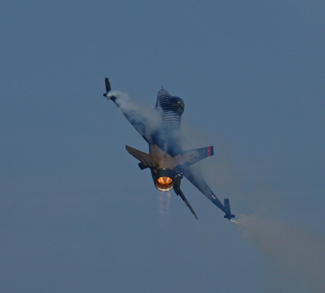 The dynamic in the Middle East is changing. Recent events have pushed Turkey towards a more activist position against Islamic State (ISIS) and Kurdish forces, which is shaping the response of other regional players, and leading to new alliances that will impact the future of Syria, Iraq, and the wider region.

What is the main reason why a long (although somewhat dynamic) status-quo between regional players has changed? Before recent developments, regional players were trying to use ISIS as a tool to harm their enemies one way or the other. Iran protected the Shia part in Iraq as well as the Assad regime. However, at the same time, Iran regarded ISIS as a destructor of the Sunni world and as the justification for the usefulness of the Assad regime in fight with terrorism. Saudi Arabia, Turkey and their allies tried to shrink the ISIS territory from the north and the south, but at the same time saw ISIS as a force capable of destroying the Assad regime.

Force vectors of the regional players started to change last week due to three main developments:

The third development, together with Iranian support for a significant part of the Kurdish forces, fueled the next geopolitical move from Iran right after the nuclear deal had been struck. This move consisted of two steps. One, Iran convinced the Assad regime to grant the autonomy and de-facto local independence to Rojava (Western Kurdistan in Syria) and two, Iran promised a higher level of autonomy would be granted in the future to Southern Kurdistan in Iraq by the Iran-supported and Shia-controlled government in Iraq.

Once officially confirmed by a corresponding change in the constitution or by other acceptable means, the recognition of Rojava by the Syrian government will make a Rojavan claim for independence hard to discard irrespectively of how events with the Assad regime evolve in the future. Thus, after such recognition, the Kurdish strategy will be focused on holding its territories and helping their allies.

That explains why Turkey needs this 110 km-wide buffer zone to the west of Euphrates and Jarabulus. If Turkey loses it, it loses a great deal of possibility to directly affect the course of events in Syria, it becomes almost encircled by Iranian allies from the south and, what is the most important, it becomes the next target of the Kurdish independence efforts immediately after things settle down in Syria. All other regional players will use the Kurdish movement to weaken the Turkish power in the region.

Turkey cannot afford to let the Idlib and Latakia provinces be the only border between Turkey and Syria, since these are Alawites and Christian dominated provinces and it will be hard to manage in any endgame scenario for Syria. Not to mention that Latakia and Tartus provinces with their ports can be the main gain in this geopolitical game and Turkey (as well as the Western powers) needs this new buffer zone to provide a quick advance to Latakia when other forces are weakened.

The position of the Western countries towards Turkey was also clear: if the country with the biggest military power in the region was doing nothing to fight ISIS or at least to shut down its supply lines, then the West will support the forces that are actually doing the fighting. To stop the West from helping the Kurdish forces and to reduce the West’s silent support for Iran’s strategy to fight ISIS, Turkey should offer something more valuable in return. And Turkey is offering a ground support in taking a 100 km buffer zone from ISIS and is actually asking NATO to back it up, at least politically, in coping with consequences it may have in the long term.

Turkey needs the support of NATO and the United States because it is a long-term game and only the stability of an alliance structure coupled with long term commitments will lead to victory for any regional player. Iran has the Assad government, Hezbollah, Shia-controlled Iraq government and Kurdish forces, which altogether is a quite stable and sustainable alliance. If successful, Iran will control a strip of land from Iran to the Mediterranean, isolating Turkey from the rest of the Middle East and being capable of supporting Syria by a land route and later on building gas and oil pipelines directly to the EU market.

Saudi Arabia together with Qatar and their allies cannot let this happen. They stand to benefit from building their own pipelines via Syrian territory and they cannot afford to let Iran increase its possibilities in the region to such an extent. So they too can see some benefits in allying with Turkey, yet NATO cannot ally with al-Nusra Front. At the same time, Saudi Arabia cannot stop supporting hardline Islamists in the area and will have to make a difficult choice on how to counter Iran’s and Turkey’s movements to control the biggest portion of the Sunni part of Syria and Iraq in the after-ISIS world in order to become a gainer in the end of the story.

First of all, ISIS is doomed because all its supply lines are cut off now and big regional players do not count on ISIS anymore to accomplish a “manageable” destruction in a “necessary” direction. The establishment of the buffer zone will break the backbone of ISIS within several weeks.

This determinative fight will be held in a manageable territory convenient for the Western and Turkish forces. First of all, it will be within 60 km from the Turkish territory, which in turn eliminates the emergence of possible logistical problems. Euphrates on one side and the FSA strongholds (with again the Turkish border beside them to the west) will restrict ISIS maneuvers. Due to logistical and ideological reasons (a sacred fight for Dubik) ISIS will make every possible effort to defend this zone.

Western powers need Turkey for this hybrid war. The plan seems to provide for the use of Turkish artillery, helicopters, snipers, intelligence, command and control centers, sappers, Special Forces at the second line of offensive, while Free Syrian Army will be touching the remaining ISIS fighters in the first lanes after devastating shelling and air-strikes. If it is required, Turkish Special Forces can be re-dressed as Free Syrian Army fighters doing their job and immediately falling back to be replaced with true FSA units.

This operation will give Turkey and NATO a control over Aleppo and subsequently over Idlib and later on, quite probably, over the Latakia province. Controlling Aleppo, which could be a logical capital for a possible future Sunni-led autonomous entity in Syria, helps to secure control on the future of Syria. In parallel, Erdogan will use the buffer zone operation as a cover for his military operations against the Kurds. However, other players are plotting their counteractions now and this could be a very good point for diplomacy since the future for ISIS is clear, Kurdistan will get some level of autonomy anyway, and Iran will not let Syria fall without a big fight, and Saudi Arabia will not let Iran dominate. So it is probably time to sit down at a table and draw a new border for the Assad-controlled land with autonomy for the Sunni parts of Syria to prevent more slaughter and suffering for Syrian people.

The Middle East has proved to be unpredictable due to an extremely large number of contradictory relationships between larger and smaller players, but the anti-ISIS campaign gives a chance to build a long-term piece with everybody as a winner (except ISIS). And the earlier the regional players agree on an after-ISIS configuration, the more lives will be saved.