Myanmar will hold its next general election on November 8th. The election is a milestone: the third general election in over sixty years and a significant test for the fledgling democracy. The electoral landscape indicates that heightened competition could create incentives for civic space repression and ethnic identity-based voter mobilization. The international community should monitor the use of these tactics while working to open civic space and institutionalize equality in Myanmar.

Dissatisfaction with the NLD

When the National League for Democracy (NLD) took power following a 2015 electoral landslide, hopes were high that Myanmar would emerge from decades of isolation as a model for democracy in Southeast Asia. Aung San Suu Kyi, Nobel Peace Prize winner and democracy icon, assumed an effective head of state role, which buoyed these aspirations.

However, Suu Kyi and the NLD have proven unable to address significant challenges, including ongoing civil conflicts in border states, constitutional reform to limit the power of the military, and economic policy reform to address poverty and inequality. As a result of these failures, many observers believe that the NLD will lose seats, both nationally and locally, to various ethnic parties, newly splintering pro-democracy parties, or the military Union Solidarity and Development Party (USDP).

Nonetheless, the NLD’s continued dominance seems extremely likely for two reasons. First, it retains enormous support from the ethnic Burman majority (68% of the national population) and around Suu Kyi’s cult of personality. Second, Myanmar has a first-past-the-post voting system that favors the NLD. However, to retain a Parliamentary majority, the NLD must win two-thirds of the contested seats in both houses, given that a quarter is reserved for the Tatmadaw (the Myanmar military). Prospects of a tighter election will have the NLD on the defensive and incentivize anti-democratic behavior across the political spectrum.

Ethnic Violence during Electoral Periods: The Case of Rakhine

Ethnic identity is the center of gravity for electoral politics in Myanmar, as over 135 ethnic groups vie for representation. The Myanmar military, political parties, and other non-state actors have long mobilized ethnic identity and employed violent tactics to achieve specific electoral outcomes.

These tactics have been most infamously employed in Rakhine state. Rakhine is home primarily to Rakhine Buddhists and Rohingya Muslims. Both are national minorities, but Rakhine Buddhists comprise the majority in Rakhine. Intense ethnic competition, xenophobia, and violence have been endemic for decades, and the Myanmar government has been under International Court of Justice (ICJ) investigation for complicity in the military’s commission of atrocities against Rohingya Muslims. Rohingyas – who the government rendered stateless in 1982 – are not allowed to vote unless the government grants special permission. This paradigm has created opportunities for the State to use voting rights as both an incentive and a threat to mobilize ethnic identity and guarantee specific voting patterns among communities in Rakhine. Small ethnic parties have also adopted these violent tactics. Ahead of the 2012 by-elections, for example, the Arakan National Party (ANP), a Rakhine ethnic nationalist coalition, appears to have benefited directly from ethnic violence in Muslim communities that did not support them. In Rakhine, the USDP also has a very close relationship with the Buddha Dhamma Parahita Foundation (formerly known as Ma Ba Tha), an ultranationalist Buddhist group that promotes violence, spews hate speech, and backed problematic legislation such as the Race and Religion Protection Laws. Electoral incentives propel ruling elites and groups across the political spectrum to promote ethnic hostility. While Rakhine is perhaps the most vivid example of this phenomenon, the pattern is likely to occur across Myanmar.

In addition to the exploitation of ethnic identity, civic space repression is another tactic employed to prevent minority groups from acquiring power. For example, the government continues to target journalists critical of the Tatmadaw and the State through draconian laws like the Official Secrets Act, the Counter-Terrorism Law, and provisions of the 2013 Telecommunications Law. Authorities have also responded with excessive force to peaceful protests, violating fundamental assembly rights. Organizations and activists advocating for minority communities face the most severe state harassment, including office raids, detention, and surveillance. This indicates that the closure of civic space is an explicit tactic to keep these communities from organizing and achieving power. Not coincidentally, Rakhine state is also the site of the world’s most protracted internet blackout: on June 21st, 2019, mobile phone operators suspended internet data in eight townships in Rakhine (and one in Chin); this restriction has now been in place for over a year. This year’s close race for Parliamentary and local legislative power could create even stronger incentives for the government to perpetuate this anti-democratic behavior.

With this landscape in mind, reform efforts in the lead-up to the electoral period should go beyond the minimum of ensuring a free and fair election in November. Although this is already a significant challenge given the COVID-19 pandemic, foreign governments and international non-governmental organizations (INGOs) must also prioritize institutionalizing equality and opening civic space in Myanmar.

First, the international community should encourage a norm of mutual toleration (respect for the political legitimacy of the opposition). Without such a norm, minority representation will always be considered a threat, and the climate of divisive political campaigning will continue. Furthermore, INGOs should encourage civil society groups to build multi-ethnic coalitions that make anti-racism or anti-discrimination issues central to their discourse. Civil society intervention should also prioritize community-based rumor mitigation and trust-building exercises, focusing on establishing more robust social ties among various communities. In addition, all parties should be encouraged to refrain from using hate speech and spewing misinformation during the electoral period. Finally, creating a more vibrant civil society space would also require legislative reform, including revocation of the 1982 Citizenship Law and the Race and Religion Protection Laws and reform of the Official Secrets Act, Counter-Terrorism Law, and other legislation used to hinder the ability of civil society to operate. Only with this lens at the forefront can Myanmar’s fragile democracy be protected in November and beyond. 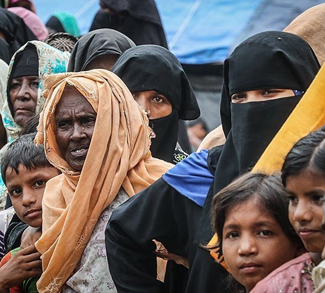