Tensions continue to rise between the Spanish government and Catalonia’s regional government as the autonomous region renews its push for statehood. Catalonia plans to hold an unofficial referendum on independence on October 1, 2017. The Spanish government has vowed to block the referendum, stating that the constitution does not allow for a regional vote on independence unless approved by the government. Prime Minister Mariano Rajoy has pledged to act “with firmness and proportionality” to stop any vote from happening, and it would appear that the federal government will continue to condemn the autonomous regions’ drive for self-determination in every way possible, eliciting pushback and protest from the authorities in Catalonia.

Catalonia is an autonomous region that comprises 20 percent of the Spanish population and 25 percent of the country’s GDP. Tensions have frequently arisen from the central government’s attempt to assert control over Catalonia’s distinct identity and language. However, the push for independence intensified more recently following the 2009 economic crisis and resulting plunge in Spain’s property market. 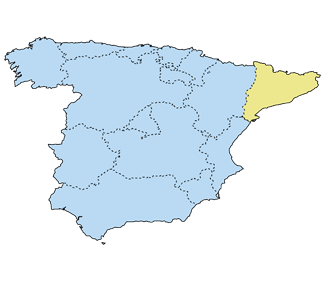