With the rebel net tightening around a besieged Tripoli, it won’t be long before the NATO-rebel campaign to oust Colonel Gaddafi comes to a close. Now, the next battle for Libya can begin.

There are several indications that the military campaign to oust Gaddafi is approaching its climax. Rebel forces have recently taken control of several key cities around Tripoli, such as Tekut, Hawamid, and Ghazaya. Critically, the oil-refining city of Zawiyah has also fallen into rebel hands. This dramatic offensive by the rebels has effectively slipped a noose around the neck of Gaddafi’s regime by cutting critical supply lines that Tripoli needs to sustain its war effort. The government of Tunisia has also stepped in to curb fuel smuggling across the Tunisia-Libya border; one of the regime’s last sources of desperately needed fuel imports. It seems that for the rebels, all roads lead to Tripoli.

There is also reason to believe that the final siege of the capital won’t drag out too long. Scattered reports from inside the city tell of widespread frustration over scarce food and energy supplies. Defectors from Gaddafi’s forces tell of a military that is teetering on the brink of rout owing to rampant infighting between elite units, militiamen, and mercenaries. Apparently, the organic insurrection in Tripoli that NATO has had its fingers crossed for may actually come to pass.

The fall of Tripoli will call for celebration on the part of the rebels and a round of self-congratulation in NATO circles. After the celebratory hangover is over however an irksome question will float into the forefront of everyone’s mind: What happens next? It’s a good question, because as we’ve seen time and time again this past two decades, it’s far easier to tear down oppressive political institutions than build up representative ones.

Libya is a particularly challenging case because of the tribal loyalties that snake their way through Libyan society. The end result is in a byzantine map of political fault lines. Libya is commonly accepted to be the most tribal state in the Arab world, a complicating factor that other Arab Spring countries such as Egypt and Tunisia don’t need to account for. The National Transitional Council (NTC) in Benghazi has done its best to pretend that these fault lines don’t really exist- that NATO’s campaign will bear the fruit of a Western style representative democracy- but recent events have indicated that there is a reservoir of tribal resentment behind the veneer of NTC harmony.

To say that the recent assassination of General Abdel Fattah Younes is a bad omen is a gross understatement- it’s a harsh glimpse of political assassinations to come. General Younes was Colonel Gaddafi’s close friend and he was Interior Minister when he decided to defect to the rebel side in February. After defecting, he led the rebel forces, albeit often unsuccessfully, in various campaigns against Tripoli. He was killed in rebel custody soon after being interrogated over alleged links to the Gaddafi regime. After news of his death was made public, members of General Younes’ Obeidi tribe set up a series of roadblocks around Benghazi and even staged an attack on a hotel where the NTC was holding a press conference. The rebel leadership was eventually forced to announce that the general was killed by Islamic radicals within their ranks. Whether the assassination was motivated by tribal animosity, score settling, or religiosity doesn’t really matter- none bode well for the post-Gaddafi political process.

After the fall of Tripoli, there will be a high-stakes scramble to fill the power vacuum left by Gaddafi. Tribes who were formerly on opposing sides of the Gaddafi regime will suddenly be expected to work together under an inclusive umbrella. Thus, Benghazi’s Misurata tribe will be expected to tolerate if not work together with the Qadhafah tribe that filled out the ranks of Gaddafi’s elite security apparatus. The lucrative prize of how state resources are distributed will also be up for grabs. Every tribe is based in a particular region of Libya. It is safe to assume that they will all be competing for the largest possible piece of the pie for their tribesmen.

This Machiavellian struggle for power will take place in the complete absence of legitimate political institutions and an established political process. The NTC has announced a ‘security blueprint’ that will guide the transition of power, but if recent history has any lessons to be learned, it’s that in the grand process of nation building, democratic political institutions take time to become legitimate in the eyes of the pubic and thus effective. It seems irresponsible to assume that Libyans will put their faith in a hundred page security blueprint rather than centuries of complex tribal alliances, even if NATO bureaucrats helped to draft it.

We should consider the case of Iraq. In the chaos following the fall of Saddam Hussein, political and sectarian assassinations were commonplace. The sectarian divisions in Iraqi society are still to this day transplanted directly into Iraqi democracy. In other words, there has yet to be any substantial political dilution of sectarian identities- it is a political process that is still made dysfunctional by rampant mutual distrust.

Now consider the transition that Libya faces. It is a state that is arguably more sectarian than Iraq, and more importantly, one that does not have the luxury of a massive deployment of foreign troops with a mandate to maintain order. 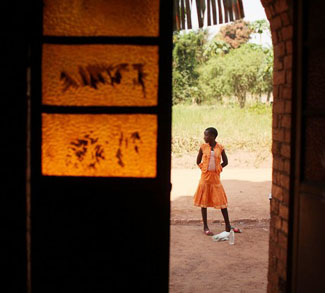 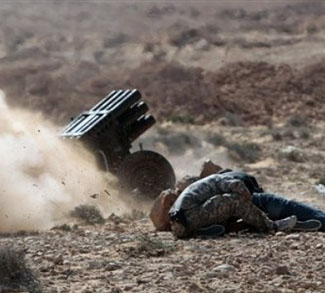 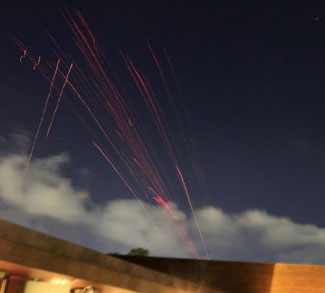