It’s Time for Washington to Get Serious about Defending Europe 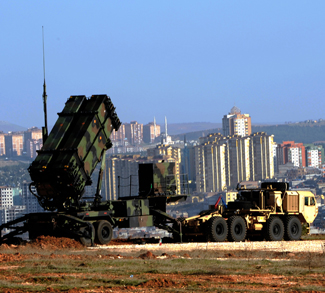 The United States has nearly as many combat capable forces deployed in all of Europe today as it did in Germany’s Fulda Gap during the Cold War. Yet the continent is no longer at peace. Our defense policies in Europe have become outdated and weak. As the alliance moved east, NATO forces remained waiting in the Fulda Gap. These policies have left the stage open for a revisionist-minded Russia to toss aside the current international framework. Russia has tested NATO from Estonia to Turkey with no credible military deterrent opposing it.

The United States needs to reassert its military leadership role in Europe. It needs to counter Russia’s provocations through bold actions to restructure its military posture. NATO should re-deploy from its current German-Italian defensive line to a modern Poland-Romania line. The forces deployed should be credible and highly capable of operating in a conventional warfare environment.

There is no better way to deter further Russian aggression in Europe than through the deployment of military forces. Actions speak louder than words. Russia has carried out its provocations during a time of perceived weakness and distraction by the United States. By sending its troops, the United States can send an unmistakable signal to Russia about its strength and commitment to its allies. Nations from Estonia to Bulgaria will breathe a sigh of relief.  They will then be able to better focus on developing stronger governance and economies – and building the means to provide more for their own defense.

Current NATO efforts have deployed 500 to 1,000 men to each Eastern European member country. These men are supposed to serve as the trigger to a larger and more forceful response by NATO should harm befall them. They are, in essence, a speed bump. These units lack real fighting capacity against a determined Russian aggression or a strong Russian-backed movement. NATO forces moving from Germany to respond to Russia will face extended supply lines and a Russian force already dug in on occupied ground. By deploying a fighting force with legitimate punching power and with shorter supply lines, the United States will actually create an effective deterrent that protects all of NATO, not just its members in the west.

The deployment of forces to Eastern Europe will be a costly endeavor as critics will be quick to point out. However, failing to protect the security of Europe will result in costs yet unimaginable. The increased cost of re-deploying forces in Europe is also now offset by the United States force reduction in Afghanistan. Unlike the Cold War, a substantial geographical buffer will remain between re-deployed NATO and a majority of Russia’s forces, reducing the fears of an accidental confrontation. If NATO and the Warsaw Pact could communicate in 1975, then NATO and Russia can much more easily communicate military concerns today.

Bold action is needed when facing a bold adversary. Russian President Vladimir Putin seeks to establish an alternative framework to Western political, economic, and security norms. Weak U.S. defense policy in Europe has allowed for these machinations to manifest into provocative actions. By re-deploying a credible military deterrent to a Poland-Romania security line, the United States can help ensure the security of the continent for decades to come.