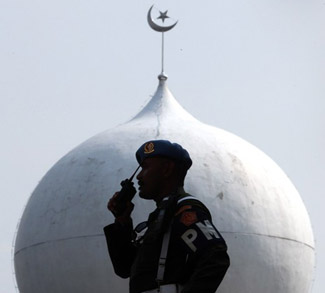 1670-1900- Indonesia ruled by the Netherlands as the Dutch East Indies.

1949- The Netherlands gives up the fight and recognizes Indonesian independence.

1950s- Maluku wages an unsuccessful war to secede from Indonesia.

1962- The Dutch agree to transfer West Papua to Indonesian control.

1965- A failed coup is attributed to Communist factions within Indonesia, resulting in purges where thousands are killed.

1967- General Suharto becomes president after being granted emergency powers in 1966.

1976- Indonesia invades East Timor and incorporates it as a province.

2001- Parliament dismisses President Wahid over corruption charges, Megawati Sukarnoputri is sworn in as a replacement.

2005- Government signs a peace deal with the Free Aceh movement.

2009- President Yudhoyono secures re-election in a resounding victory at the polls.

2011- Two churches are burned down in central Java during Muslim anti-blasphemy protests.

Indonesia has a democratic, presidential system where the president and vice president serve five-year terms. The legislative branch, called the ‘Majelis Permusyawartan Rakyat (MPR) is a bicameral house that has the power to impeach the president. All this is overseen by a judiciary staffed with judges that have been appointed by the president.

A Fine Balance: China’s Need for Resources and Stability in the South China Sea 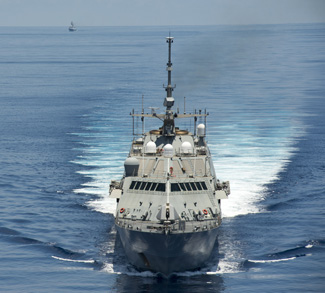 Backgrounders November 7, 2018
Back to Top