If 2016 was the year when cracks appeared in the foundation of the European Union, 2017 will tell the story of whether those cracks are patched up or if they expand and imperil the whole project of European integration.

Looking ahead to 2017, it’s hard to imagine a more daunting line-up of elections and Continental dramas. There’s the two main attractions of national elections in France and Germany, with the former almost sure to see a run-off showdown involving the populist Marine Le Pen of the National Front. There’s a general election in the Netherlands, where Geert Wilders’ Party for Freedom (PVV) is leading the polls (Mr. Wilders has seen a boost in popularity since being convicted of inciting discrimination in early December). There’s the fate of the Italian financial system and the weak caretaker government in Rome. And there’s also the overriding drama of Brexit, and how the United Kingdom’s relationship with the bloc will look once it triggers Article 50.

All this will play out with the sword of a fragile banking system hanging over European markets. Recall those three words that forestalled a new EU sovereign debt crisis: “whatever it takes.” It stands to reason that there’s a confidence firewall that, once breached, will call into question the European Central Bank guarantee and trigger a cascading financial crisis in the peripheral economies of the EU.

We could see that firewall breached in 2017.

Analysis: What’s Next for Greece? 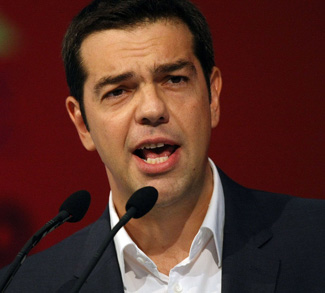