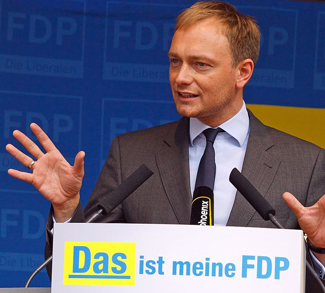 Coalition talks have collapsed in Germany after the Free Democratic Party (FDP) walked out on Angela Merkel’s attempts to form a new government. Negotiations between the CDU/CSU, FDP, and Greens had been ongoing since the general election of 24 September produced a stalemate.

The talks sought to bridge huge ideological gaps between the free-market FDP, the CDU/CSU, and the Green party; it was never going to be easy. However, the collapse can’t be pinned on policy disagreements alone. Merkel was wounded at the ballot box in September and the other major players can sense there’s blood in the water. Is this the beginning of the end of the Merkel era?

A coalition between the FDP and CDU this time around looked doomed from the start. Though they’re in agreement on many domestic economic matters, the two diverged on Europe, specifically the question of hard caps on refugee inflows. Merkel’s pro-Europe stance clashed with the FDP’s newfound desire to pump the brakes on continental integration – a stance that was rewarded at the ballot box in September. It was not the refugee limits that led to the downfall of the talks, but more the question of what’s next for the European Union. The FDP is not on board for the package of reforms being promoted by French President Emmanuel Macron, who has proposed the creation of a European Monetary Fund and other steps toward fiscal and monetary centralization.