The tides wait for no one. Southeast Asia fishers live this truth daily and know that their catches are in decline, particularly for those leading hardscrabble lives casting their nets close to shore. The perils for these fishermen are well-documented and include clashes with other commercial trawlers, resource depletion, water pollution, and limitations in catch traceability, along with dangerous labor conditions.

The trade war between the US and China is also harpooning the Asia-Pacific region and fueling sea changes in fish wars. By sheer volume, more than 50 percent of the world’s catch of marine and river fish, and almost 90 percent of global aquaculture come from this area.

To be clear, Asia’s fisheries and shrimp farms are essential for the food security and livelihoods of rural and coastal populations. However, the distribution imbalance of global fish production, coupled with fish trade tariffs, challenges socio-economic growth in poorer countries.

For emerging economies like Vietnam, the export of frozen catfish, or tra, has been a long-standing contentious trade issue in the US market. Despite the US having imposed anti-dumping duties now calculated at 25.39 percent, tra and catfish fillets accounted for 90 percent of the total imports to the US market in the first half of the year.

The growing popularity of fish in global markets like the EU, the US, China, and Japan frays more than the nets of fishers – it also disrupts and denigrates the commons. This “tragedy of the commons,” first coined by scientist Garret Hardin in 1968, describes what happens when groups or nations, pursue their self-interests above what’s best for all. Overfishing in the disputed South China Sea is an example where weak fishing regulations contribute to rampant illegal practices that often go unreported.

In the South China Sea, or the East Sea as the Vietnamese prefer to call this body of contested water, it’s clear that the ocean’s resources need more marine stewardship. Total fish stocks in the SCS have been depleted by 70-95 percent since the 1950s according to experts at the Asia Maritime Transparency Initiative (AMTI) at the Center for Strategic and International Studies (CSIS) in Washington DC. The region is facing an ever greater risk of catastrophic biodiversity losses. The wider environmental impact often gets intertwined in tricky sovereignty issues, as China’s long-distance water vessels continue to ensure their fish catches are boundless. Each and every day, Chinese steel trawlers are pushing their boundaries and prowling the deep seas as far away as the coast of West Africa.

In a review of the status of the world’s fisheries and aquaculture, The Pew Charitable Trust last week recommended to members of the Committee on Fisheries (COFI) of the UN Food and Agriculture Organization (FAO) that they take measurable steps to improve fisheries governance.

It’s no wonder that at this rate the Organization for Economic Cooperation and Development and the Food and Agriculture Organization (FAO) forecast a fishing growth rate of a meager 1.2 percent over the next decade.

“Illegal, unreported and unregulated (IUU) fishing has negatively affected Southeast Asia since it costs annually the region billions of dollars, accounting for more than 2.5 million tons of fish a year, or as much as a third of the regional catch,” writes Peter Chalk, an expert on maritime security at the US Naval Postgraduate School.

Despite these troubling forecasts, the fisheries sector remains a cornerstone of the Vietnamese economy and has contributed to an average growth rate of 7.9 percent. However, Vietnam, like other ASEAN countries and China, also contributes to illegal and unreported catches, disrupts ocean beds and destroys coral.

According to the FAO, Thailand’s fishing industry is also on a downward trend. The failure in stewardship of marine life falls heavily on an increasing number of marine biologists, who recognize that baselines have shifted and governments always act in their own self-interest with little regard for future conservation and sustainability.

“Amidst overexploited fisheries and further climate related declines projected in tropical fisheries, marine-dependent small-scale fishers in Southeast Asia face an uncertain future,” acknowledge Dr. Daniel Pauly and Lydia C.L. Ten, both of whom are scientists associated with the Institute for the Oceans and Fisheries at the University of British Columbia.

European Union sources reveal that the Commission completed a formal visit to Vietnam on May 16-24, 2018 to evaluate the progress of Vietnamese authorities in addressing the deficiencies that led to the yellow card adopted last October. The EU Commission has said that it will continue to cooperate with Vietnam to redress the situation that led to the issuance of the yellow card.

According to Enrico Brivio, a spokesman for the EU’s Environment, Maritime Affairs and Fisheries, Vietnam’s current yellow card status will not be reviewed until 2019. Thus, it joins the ranks of other violators including Thailand, The Philippines, and Papua New Guinea.

Cambodia remains on the export sidelines, having been issued a red card restricting all of its fish products into the EU. The country’s once bio diversely rich Tonle Sap Lake, a source for fish protein for over three million people, is also under threat of collapse from climate change and upstream dam construction.

Southeast Asia fisheries are at a turning point and the declining fish catches and collapsing fisheries need to be recognized as a food security risk for the region’s path to development. The Asia-Pacific Fishery Commission, a regional consultative forum, reaffirms that with over three million fishing vessels in the region and of that, two million fishing in the South China Sea and Bay of Bengal, the future of the fisheries is in peril.

This week, a Vietnamese delegation led by Vice Minister Vu Van Tam and joined by senior officials from the Ministry of Agriculture and Rural Development (MARD) have scheduled an administrative review with US Department of Commerce and International Trade Administration officials, to respond to the imposed penalties and tariffs on their fish exports.

Hanoi gets serious about illegal, unreported, and unregulated fishing

Recently, the Vietnamese government agreed to join the Port State Measure Agreement, (PSMA) established in 2016, to prevent and fight illegal, unreported, and unregulated (IUU) fishing. Many observers believe that this adhesion to PSMA is an important first step in bringing its fisheries legal framework in line with international standards.

“Enforcing effective port controls as a region is equally critical: illegal operators always look for the path of least resistance, and will therefore make their way to any ports with lax controls,” states PSMA expert Dawn Borg Costanzi.

In recent months, Vietnamese Prime Minister Nguyen Xuan Phuc has called for a national action plan to crack down on IUU issues, which would bring together 62 seafood companies to sign off on sustainable fishing practices.

With so much at stake, there seems to be increasing agreement among fishery experts and policy makers that fish stocks can be replenished through good management: enforcing quotas, cooperating on marine scientific research, penalizing trans-shipments, and developing marine protected areas to safeguard against further exploitation. 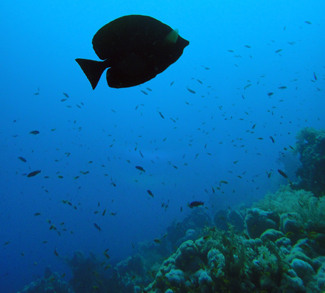