Editorial: Israel and the Military Option against Iran 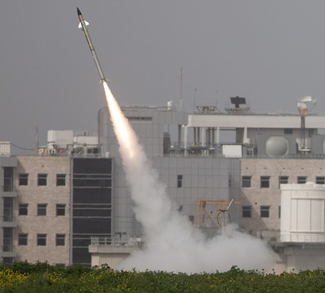 An editorial that was written in response to René Rieger’s ‘The Military Option in the Iranian Nuclear Crisis.’

The author of The Military Option in the Iranian Nuclear Crisis tests three fundamental precepts of conventional International Relations wisdom. First, the aforementioned article drifts between prescription and description. It isn’t until the last section of the piece that we find the “Recommendations” sub-header. Yet, the author has already at this point offered ample opinion interlaced with analysis about whether Israel should or should not strike Iran.

The second challenge to established IR theory is that the article imposes the author’s assessment of the threat a state faces upon the leadership of that state. In short, the author may dismiss the Iranian threat to annihilate Israel as “abstract” but there is no evidence to suggest that the decision-makers in Israel see it that way. As a predictor of Israeli behavior, an independent threat assessment misses the mark.  Israeli leaders will take the Iranians at their word.

The third challenge to IR foundations evident in the article is the resolute reference to Article 51 in the UN Charter. In the Middle East, legalistic debates about a “just war” and the “Responsibility to Protect” make Article 51 as credible as Area 51. Syria is just the latest victim of hope in laws without police forces.  Kofi Annan’s genuine confusion over the unwillingness of the parties to abide by law suggests that some do not recognize the core tenet of International Relations theory: states exist in a condition of anarchy and must rely on self-help for security in the absence of a supra-national government. It is a jungle out there.

Despite these oversights, the rest of the article is very good. In my view, it is correct about the probable impact of an Israeli strike. In all probability, it would only set Iran back by a few years at best. The nuclear Genie would still be out of the bottle, regional and domestic support for the Ayatollahs would galvanize their cause, the international economy would sputter, and Israel would face retaliation, casualties, and diplomatic isolation.

But what this author and most others fail to consider, however, is that Israel alone is not the catalyst and architect of a prospective attack. Rather, the Saudis are more terrified of what they refer to as the “Shia Snake” than are the Israelis. Indeed, Mr. Rieger notes the problems in Bahrain in this context, without consideration of the decisive Saudi repression of the Shia rebellion there in the Arab Spring. Many like to think that the Israeli tail wags the American dog. It is perhaps more apt to suggest that the oil-rich Saudis wag the American dog. Israel, in turn, can be “handled” to chase the ball and fetch it. That is a crude analogy, of course, but the truth is that America’s first interest in the region is Saudi Arabian oil, not Israel. In turn, Saudi Arabia’s first problem is Iran’s Shia claim to wrest Mecca and Medina from the “unworthy” Sunni House of Saud. Israel is a useful counter on the Desert Kingdom’s western flank.

Despite Israel’s proven ability to venture into the dark alleys and “fetch,” there is ample evidence to indicate that the IDF, too, has grown wise to this game.  While the author equates a military response with a “strike,” Israel has underpinned its attack rhetoric with a quiet yet impressive program of deterrence, second strike capability, and covert penetration of the Iranian leadership. And despite the author’s correct assertions that the “ability to respond” is decisive in International Relations, he overlooks Israel’s own nuclear deterrent and Jericho missile delivery system. Far from Tel Nof airbase, moreover Israel has assembled a fleet of Dolphin nuclear submarines within assured reach of Iran in the Indian Ocean. Beyond these second strike capabilities, Israel’s also has the Arrow anti-ballistic system and the Iron Dome theatre interceptors that have already proven themselves against Hamas rockets from Gaza. No Iranian plan can discount these systems as part of Israel’s deterrent.

Most important of all, however, given the dubious rationalism of an Iranian leadership committed more to what the author defines as the “instrumentalization” of the Palestinians and the export of Shia fundamentalism, is Israel’s proven ability to strike at the Iranian leadership as individuals within Iran. The elimination of key nuclear scientists and the success of the Stuxnet and Flame viruses demonstrates that Israel can reach out and crush the one thing that Ahmadinejad and the Ayatollahs covet more than Israel’s destruction, and the one thing that they would not sacrifice to an Israeli counter-strike in the way they would sacrifice their own citizens: their own throats.

Warranted or not under UN Article 51, as an abstract threat or a “clear and present danger,” the strike option on Iran is recognized by Israeli leaders as high risk, low-yield and outside Israel’s immediate security interests.  Transparent preparation for such a strike is to build support for tacit Western compliance and ensure as little slippage as possible in Western sanctions that have more bite on Iranian capabilities than Israel will acknowledge in public. Threat assessment updates and reevaluations will continue to determine Israel’s decision whether to strike, or whether to continue to focus on enhanced deterrence. 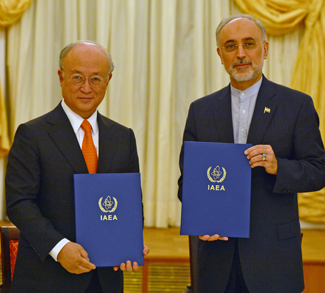