Syria on the Brink of Civil War 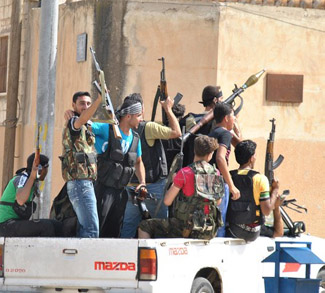 An Egyptian army that is recalcitrant in the face of democratic realities and a fractured and increasingly violent tribal chaos in Libya; but the strategic hangover from the Arab Spring is just getting started. Next up: a Syrian civil war.

The recent shooting down of a Turkish fighter that may or may not have violated Syrian airspace provided the perfect pretense for NATO to ramp up for a military intervention in the Syria conflict. After all, even if the jet did violate Syrian airspace, such a thing is not exactly rare, as Syrian helicopters have violated Turkish airspace five times in recent history according to Turkish Prime Minister Tayyip Erdogan. Yet far from jumping at an opportunity to leverage Western military power, this week’s NATO meeting produced a relatively benign statement that, while extending rhetorical support to Turkey, stopped short of any threat of the use of force.

There is much more to glean from this response than the mere manifestation of intervention fatigue from overstretched Western militaries. Rather, NATO is taking a step back because it doesn’t want to commit itself to what is going to be at best a brutal civil war and at worst a wider regional conflict.  This missed opportunity along with the general shift of Western rhetoric away from direct intervention and towards more passive approaches like humanitarian corridors both seem to imply that Western planners may be re-thinking the wisdom of trying to pull the carpet out from under the al-Assad regime with no viable alternative lined up as a replacement.

There are several reasons why the stakes are so high in the case of Syria. First off there’s the high likelihood that the conflict will turn into a regional proxy war that causes a serious disruption in global energy supply lines. There is no shortage of strategically invested patrons on both sides who are willing to keep money, arms, and men flowing and thus perpetuate the conflict: Russia doesn’t want to lose any more influence in the Middle East or its Mediterranean naval base at Tartus; Iran won’t abandon its longstanding Shia ally in President al-Assad; Saudi Arabia won’t miss an opportunity to deprive its regional competitor Iran of a strategic chess piece; Turkey wants to establish itself as a player in the Middle East; and the list goes on.

Many of these patrons have already begun to assist their chosen side and it stands to reason that such assistance will be ramped up as fighting intensifies. Turkey has provided safe haven to the Free Syrian Army (FSA) and the Syrian National Council (SNC), as well as various other Syrian defectors. Ankara is also providing a conduit by which Qatar and Saudi Arabia are arming rebel groups within Syria, or so claims a recent report in the Independent. Iran may also be involved already, as FSA command Riad al-Assad has made frequent claims that his forces have come across armed Hezbollah fighters and convoys on the battlefield. And while the US has hitherto stopped short of providing official support to the rebels, the CIA is reportedly acting as a middleman and ensuring that Arab arms shipments make their way to the right rebel groups within Syria.

And then there’s the ethno-religious sectarian situation within Syria, the cleavages that can produce far more violence than any of the nascent and largely fluid political entities on the rebel side. Broadly speaking, the situation is somewhat analogous to that of pre-war Iraq insofar that a religious minority (Shia Alawi) has long ruled over the majority (Sunni) in ways that don’t exactly engender a spirit of good will between the two sides. Once the minority group’s monopoly on political power comes to an end, a political vacuum forms, which in turn creates the conditions for revenge attacks and other sectarian violence.

And as for the severity of the problem, if the tens of thousands of post-invasion Iraqi deaths are any indication, the situation in Syria will be even worse given the fact that it will play out without the (relatively) stabilizing influence of over 100,000 US troops on the ground.

Sectarian violence has already begun to rear its ugly head, as noted by a recent report by the UN Human Rights Commission. The report discovered that violent incidents have shifted away from being motivated by whether a group or individual is pro or anti-government, and victims are increasingly being targeted over their religious affiliation. This type of violence is emerging as a trend in the hundreds of smaller news stories that have been coming out of Syria. For example, eleven Lebanese Shia pilgrims were kidnapped by rebels that seem to be affiliated with the FSA last month, and they’re still unaccounted for. And then there’s the anti-Sunni circular that was reportedly issued by the al-Assad regime to its armed forces in February. The circular called the loyalty of Sunni officers into question, and it resulted in the detention of over 3,000 Sunni members of the armed forces.

Even if Western leaders’ most optimistic scenarios were to occur and President al-Assad embraced democracy and stepped down without a fight there would still be a very high likelihood of sustained bloodshed. Foreign patrons would continue to fund their ideological or strategic partners within the Syrian political landscape and given the complete lack of political parties or any other democratic political institutions, it wouldn’t be long before the whole process devolved into violence.

The fight for Syria has begun, and far from being a war waged for democracy, it will determine winners and losers in this latest round of the enduring contest for Middle East supremacy.

Iraq-Syria Border: The Next Durand Line? 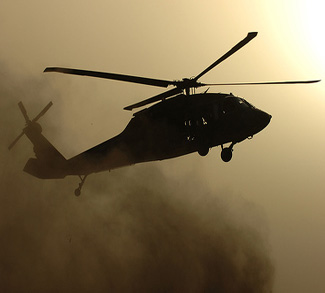 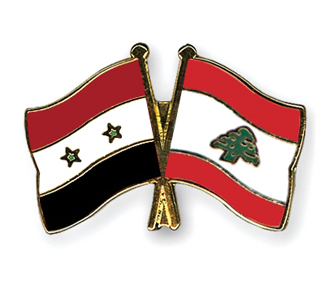 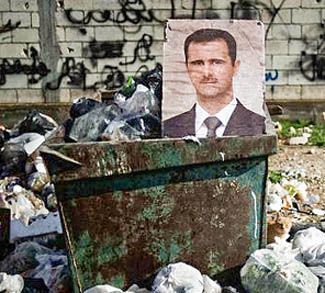