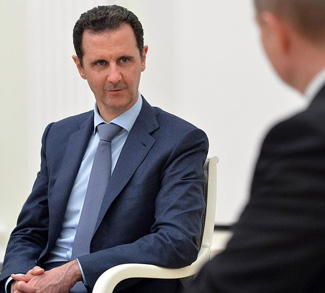 A chemical attack in northern Syria this week is thought to have killed over 80 people, many of whom were women and children. Though ground-level details are scant and still unverified, early indications suggest it was the Syrian air force which dropped chemical weapons in an early morning airstrike on the town.

The Russian government has rejected the idea that President Assad is behind the attack. It asserts that the deaths were caused by a Syrian government airstrike that hit a nearby chemical weapons depot belonging to opposition forces.

The attack took place in Khan Shaykhun, a town in southern Idlib – one of the last major strongholds of opposition forces in northern Syria (non-SDF).

The horrifying images of the incident will reverberate not just on the frontlines of the Syrian civil war, but through the entirety of US foreign policy under President Trump.

There is one certainty here: a chemical attack took place in Khan Shaykhun this week, resulting in a horrible loss of civilian life. This was a crime against humanity.

But it’s still impossible to draw 100% conclusions over who was behind it until all the details are known. And it’s possible that we’ll never actually know the truth.